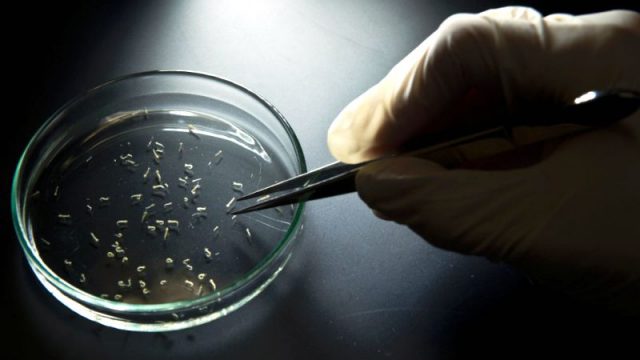 The Zika Virus pandemic is spreading and so is the panic. Countries are resorting to emergency measures and the latest brief from the U.S. health officials have recommended men to use condoms while having sex with pregnant women if they have visited an area with Zika virus.
Zika virus is spread mainly by mosquitoes and infection causes symptoms which are so mild and hardly discernable. However, concern is mounting about a possible link with a birth defect seen in Brazil, which is feared to be caused by the virus in pregnant women.

Earlier officials had recommended that Pregnant women postpone trips to more than a dozen Latin American and Caribbean nations where the virus is endemic.

Meanwhile the U.N. High Commissioner for Human Rights has asked for laws that restrict abortions to be repealed amid an explosive spread of Zika Virus in the Latin American countries. He further added that advice by some governments to women to delay getting pregnant will have little impact since many women have scant control over the circumstances in which that happens.

Meanwhile, Zika Virus has been detected in Saliva and urine of two patients who have been infected by the virus according to a leading Brazilian health institute. It added that further studies were needed to confirm if these fluids could transmit the infection. The latest discovery has increased concerns that the infection could be spread by other means than the Aedis aegypti mosquito, particularly sex.

The WHO has already declared the spread of Zika Virus as a public health emergency on Monday. It said that increased reports of birth defects and a serious neurological condition that could be linked to it. The Zika virus is transmitted by Aedis aegypti mosquito and has spread across 29 countries. According to WHO estimates in between 3 to 4 million people could be infected by the virus by next year.