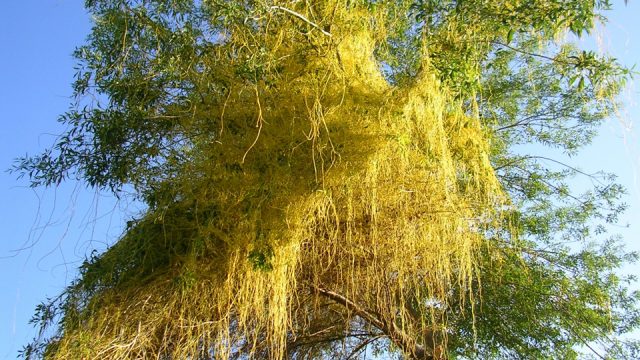 It is conjectured by plant scientists that dodder and strangleweed among other parasitic plants send friendly instructions to the plant they intend to attack, and this friendly message endears the hosts to them and weakens them against the eventual attacks of strangleweed.

According to one of the researchers from Virginia Tech, James Westwood, “it’s surprising for a number of reasons; the first being that if you think of a parasite as truly being a parasite, you wouldn’t expect to see movement of genetic material into the host – just the parasite sucking nutrients from the host.”

Plant physiologists are interested in the ability of parasitic plants to communicate messages with other plants they consume, against the backdrop that this could be used to engineer crops to resist and develop defenses against parasitic plants, instead of using herbicides to kill them.