The onward march of the Indian Rupee continues, and it gained by 15 paise against the US $ as against the close previous day. The banks had intervened and started selling Dollars to stabilize the market.

The gains have been helped by higher openings in the domestic markets, hopes of better foreign capital inputs and a weak Dollar against other currencies.

At the end of the day on Friday, the Rupee had settled at a weekly high of 67.32. It is  the fourth  consecutive season when  the Indian Rupee has hit a  two-week high against the US  Dollar, and the local  equity markets gained for  a sixth straight  session.

India’s core sector has performed badly and grew only by 2.8% in the month of May, and the combined index of 8 Core Industries stood at 183.7 in May 2016. It is 2.8% higher than the corresponding period last year.  The cumulative growth in the period from April to May 2016 was 5.5%.

The fiscal deficit in the period between April –May stood at Rs 2.28 lakh crores, and it was 42.9% of the budget estimates. In the previous year, it was 37.5% for the corresponding period.

Coming to the Asian currencies, the Yuan fell for the third day and the Central Bank is once again following the strategy of maintaining stability against a weakening Dollar and weakness against the rates of its trading partners.

The Dollar fell last week on speculations for a US rate increase this year which proved unfounded. It could be a result of Britain exiting the European Union, and the Federal Bank did not want to bring any more volatility in the world markets. 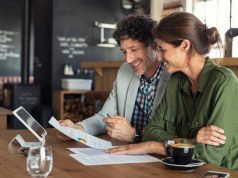 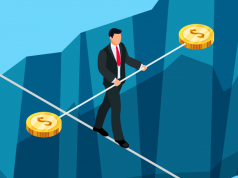 The Biggest Business Risks: What Are They and How Can You Tackle Them?

Bitcoins: How they came into existence and what are they?