Hayden Panettiere is expecting a baby girl soon after the 25 year old Nashville star bore a stunning silver full-length gown which wonderfully draped her baby bump and bore a revealing cleavage as well. Word about Panettiere’s pregnancy came out as early as May through US Weekly. Panettiere is engaged to boxer Wladimir Klitschko since October 2013.

In an interview with Giuliana Rancic, Panettiere could not hide her excitement about her soon-to-come baby girl:
“I can’t wait for her to come out, this little one,” the Nashville star, who was glowing, gushed.

This early, Panettiere revealed stuff that has been keeping her busy. That included shopping for her future baby girl and planning for the proper nursery/room which she stressed should be appropriate for her upcoming princess.

As for the name of their child, Panettiere says that they want to make sure first on whether she would be an American or Ukranian. “That’s a little rough…we’re still working on it.”

3D-fashion in the world, its history, and realities

What You Need to Know About Mega Millions Jackpot 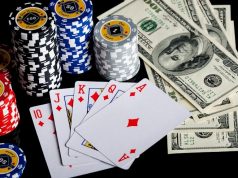 How Do Casinos Attract High Rollers