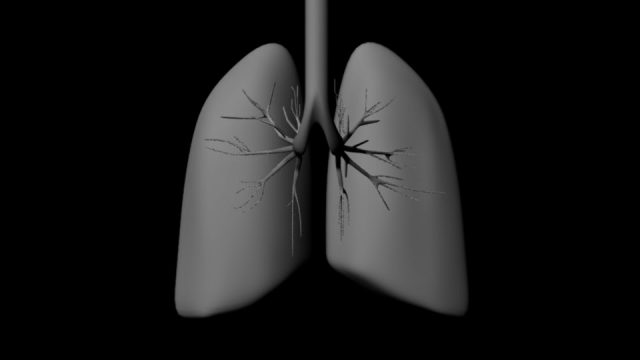 Scientists have recently discovered that a gene therapy can stabilize the lungs of cystic fibrosis (CF) patients and slightly improve the symptoms of the condition. They came to this conclusion after conducting a clinical trial on 136 patients suffering from CF.

Some of the participants were asked to inhale healthy copies of CF causing genes once every month for twelve consecutive months. Patients following this treatment schedule, on average, didn’t experience any decline in the condition of their lungs. What’s more fascinating is that the lung that had maximum clogging showcased an improvement of 3%.

Patients who didn’t receive the gene therapy, on the other hand, on average, experienced a decline of 3 to 4% after one year.

The results of the study have been published in The Lancet Respiratory Medicine.

Imperial College of London’s Professor Eric Alton, the lead researcher of this trial, cautioned that the effects are modest as well as variable. He added that the therapy is not yet ready to be tried in clinics.

Prof. Alton and the team of researchers involved in this trial are planning to conduct another fresh trial next year. During this trial, Prof. Alton had researchers from Imperial, Oxford University, and Edinburgh University as his colleagues. Together they formed the UK Cystic Fibrosis Gene Therapy consortium.

Alton believes that if bigger studies can prove that the gene therapy is effective in managing CF better than the current medications available on the market, we might see the treatment hitting the market by the end of this decade.

Alton further informed that scientists have already started developing a second therapy that would be using a safe virus for delivering the gene into cells.

For those who don’t know: cystic fibrosis is an inherited health disorder caused by a faulty gene. The faulty gene results in formation of sticky mucus that causes incapacitating infections in the patient’s lungs, throat and nose. The average life expectancy of patients with CF is 41.

Kieran Kelly was one of the participants in the trial conducted by Prof. Alton and his team. He usually takes around 40 injections, inhaled medicines and pills every day. He admitted that after undergoing the trial he is feeling a lot healthier. Kelly added that the feeling might be psychological, but it’s true that the therapy has made him feel much better.