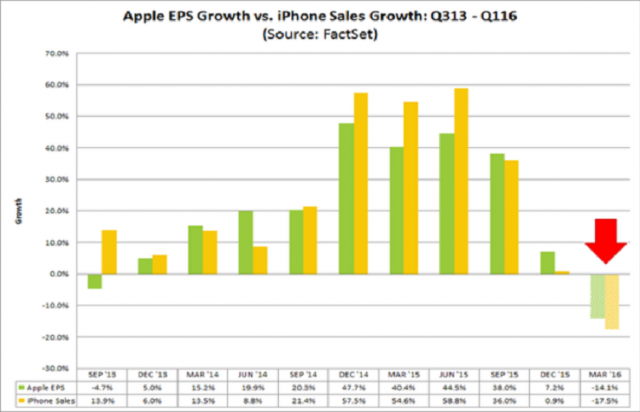 Apple announced its first ever decline in net profits when it released its results for the second fiscal quarter of 2016.

According to Apple’s results for Q1 2015, the company disclosed a total revenue of $58 billion dollars and a net profit of $13.6 billion.

Although the company has recorded its first decline in profit since 2003, CEO- Tim Cook addressed the issue by saying the ‘they are happy with the strong growth in revenue from ‘Services’. Apple provides on-demand services like Apple Music, TV Shows, Podcasts as well as Apple TV to a user base of over one billion devices.

The company expects to spend approximately $250 billion in cash in lieu of their capital return program by March 2018. Proof of their word can be found in the announcement stating a $0.05 increase in divided per share for the quarter.

5 new WhatsApp features set to launch in 2022 – including Instagram reels –...