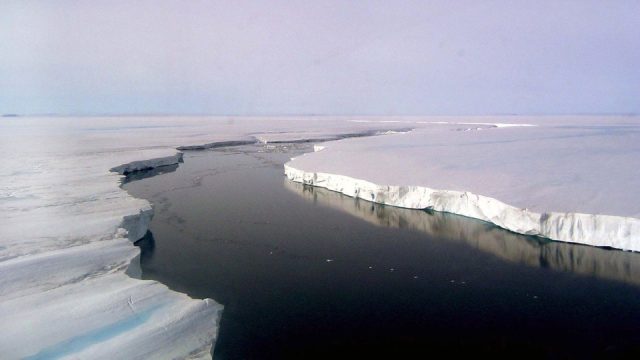 An unusually cool summer in 2013 has lead to an increase in the volume of Arctic sea ice. Data published in the journal Nature Geoscience suggests that the volume has increased by nearly one third of it was in 2013. The growth continued even in 2014 and as a result compensated for all the losses recorded during the previous three years.

Scientists involved in this study believe that changed summer temperatures affect the status of ice more strongly than originally thought. However, they have also said that the year 2013 was a rarity and the coming years will see climate change continue to cause shrinking of the ice.

During the past thirty years, the temperature rise in the Arctic region has been more than most other parts of our planet. According to information provided by satellites, since 1980, the extent of sea ice cover in the region has decreased by nearly 40%.

Over the years, scientists have succeeded in gathering enough facts about the extent of the receding ice cover, and now they are focusing primarily on finding out the volume of sea ice lost during the past thirty years.

During the past five years, researchers have worked incessantly to determine the volume of Arctic ice lost due to temperature increase in the region. They have used data acquired by the Cryosat satellite of European Space Agency (ESA) for achieving their goal. Cryosat is equipped with an advanced radar system that provides scientists with the opportunity of estimating volume accurately.

During the study, researchers have used a total of 88 million measurements of the thickness of sea ice, all of which have been put forward by the Cryosat satellite. Analyses of the measurements revealed that between the years 2010 and 2012, volume of sea ice decreased by 14%. These findings were published during the final quarter of 2013; however, now the scientists have published refined and updated data by including information from 2014.