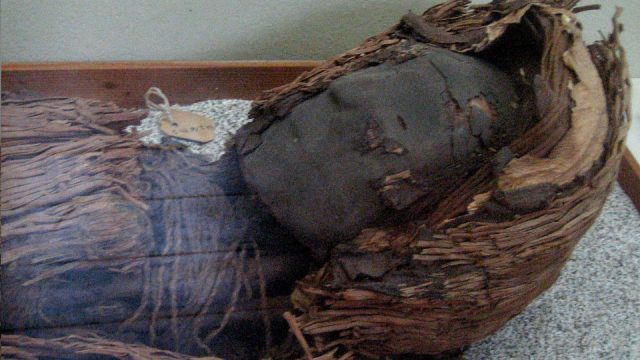 Chinchorro mummies are considered as some of the oldest mummies in the world. They have survived for more than 8,000 years and are found primarily in modern-day Peru and Chile.

It seems that the next generation might not get a chance to witness these ancient mummies; this is because the Chinchorro mummies have suddenly started decaying faster than ever before. Some mummies have even started to melt forming a gelatinous, and slimy “black ooze”.

However, there’s good news too; a group of researchers from Harvard have probably found the factors responsible for decaying the primitive mummies. The Chinchorro mummies, which are the oldest ones made by humans, are dead bodies preserved using fillings like straw and fiber.

Unlike Egyptians, who mummified only kings and other big post holders, the Chinchorro Clan mummified every dead body. So, the Chilean valleys still have hundreds of thousands of these mummies buried in them; often, during constructions, those ancient mummies get uncovered.

The decaying was first observed in mummies that were kept in the archaeological museum inside the University of Tarapacá. It first began around a decade back and during the past ten years the decaying process has only accelerated; this has been confirmed by the museum’s curators.

The increased speed of decay forced the curators to contact Harvard scientists who found that the decay has been caused by bacteria. This gave birth to a valid question: why did the mummies suddenly become victims of bacterial attacks after surviving for more than 8,000 years?

The team of Harvard researchers collected bacterial samples both from non-degraded and degraded mummy skin. The samples were allowed to grow in a lab. It was found that at increased humidity, the speed of degradation of the skin carrying the bacteria became higher; the decay set in within just three weeks.

This made is clear that the speed of decay increased because of the rise of humidity in Arica, the city that houses the archaeological museum. Mummies survive well when the humidity is between 40 and 60%. If the humidity is too low, mummies become victims of acidification, and excessively high humidity causes decaying of mummies. Not even Mummies, Florida officials are also afraid of words Climate Change and Global warming as they put a ban on them.

Miles Teller Shares The Reason Why His Wife Keleigh Cried on the Set of...

How Long Is A Year On Each Planet? – Worldatlas.com