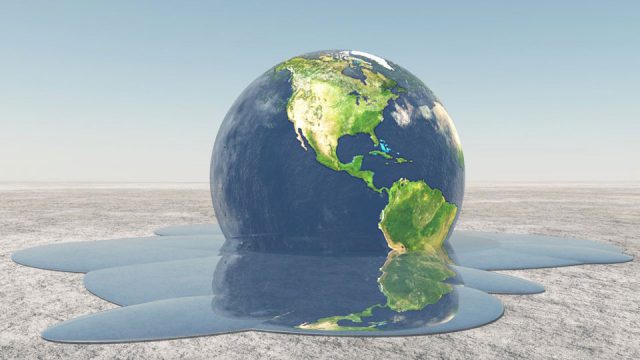 Climate change could have catastrophic results for New York City, according to a new study and release of information that hit the Internet this week. Interestingly, the city that would be most significantly impacted by the water rise, and climate change – might be the Big Apple. The New York City Panel on Climate Change argued this week in this report that in a worst case scenario water rise could be to the tune of 6 feet, as it relates to sea level. Previously, the expectation was that water rise would be around 2 or 4 feet in worst case scenarios.

All of the estimates, including this one, were said to be possible by 2100 if humans did not change their habits, or alter the way they do business currently. Another serious point of concern in this report by the panel was that it was their estimation that the temperature in the city would rise by as much as 8 degrees Fahrenheit. Even worse, the expectation would be that the number of heatwaves measured each year by the 2080s would likely triple.

The larger problem here would be several of the boroughs being under threat of flooding and disappearing. Places like Staten Island, Queens, and even Brooklyn could actually face extinction – the places, not the people, obviously – if New York City and other communities didn’t start taking the global climate change conversation seriously.

The estimations of catastrophic events in New York City seem almost fictional, but the panel argues that the information fits the greater trend with regard to what is going on, here on Earth. It’s unclear at this point where New York City will move from here, given the thick desire and fear that has been drudged up by this report – and it’s completely unclear where exactly this puts the city in terms of what can even be done to prevent this catastrophic event from unfolding. Perhaps if nothing else, this simply reiterates that change is important in the coming years – nationally, and globally – when it comes to taking global warming seriously.

Want to use same WhatsApp account on two phones? Don't worry, do it this...

I argued with Meta's new AI chatbot 'BlenderBot 3" about iPhone vs. Android —...

As monkeypox spreads in Oregon, wait lists grow for the vaccine – Oregon Capital...