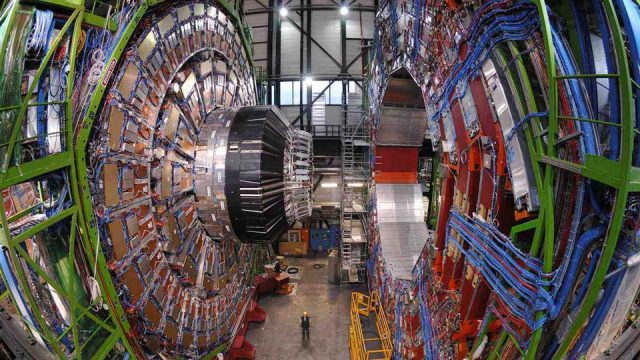 The research team appointed for analyzing data accumulated during the proton beam collisions taking place at CERN’s LHC (Large Hadron Collider) during the years 2011 and 2012 has come across evidence that further reinforces the Standard Model of physics. The new discoveries made by the research team give us the opportunity of comprehending the amazing realities of the quantum world.

In a paper published in the widely read science journal Nature this Wednesday, researchers have written that for the first time in history they have witnessed a weird B meson decay into a couple of muons. For those who don’t know: the mesons are subatomic particles that exist in extremely unstable conditions. These particles decay quickly to form many lightweight particles.

The Standard Model of physics suggests that around 4 in every one billion decays involve decaying of the strange B mesons (a subcategory) into a pair of muons. Muons are elementary particles that survive for just a fraction of a second; experts say that they have significant similarities with electrons. These findings have been based on results obtained during a couple of previously conducted CERN experiments; those experiments were respectively carried out by the CMS and LHCb teams of CERN. It’s true that both teams detected evidence of decay of the B mesons, however, for observing the decay researchers representing the teams had to combine their databases.

LHC spokesperson Guy Wilkinson said that observing this rare, but significant decay has been possible due to the high sensitivity of the experiments conducted by them and the excellent performance by the Large Hadron Collider.

This discovery is important particularly because it bolsters the amazing predictive powers of the Standard Model of physics. In other words, the discovery has helped in strengthening a theory that in spite of being extremely successful has its share of flaws.

CMS’ Tiziano Camporesi said that the study of the rare decays and quest for new particles are strategies that complement each other for the successful discovery of new theories of physics. Camporesi is the spokesperson representing the CMS research team appointed for carrying out the analysis. According to Camporesi, we will see steady improvements in the precision with which the key decay rates are measured. This, in turn, will limit the Standard Model’s viable extensions.