Acer’s Chromebook 15 is looking to continue pushing Google’s laptop inspired operating system further into the ultra-competitive computing world after a successful holiday season. Acer has already established themselves as the second largest seller of Chromebooks, but now, with improved models for 2015 – it could be a significant turning point for Chromebook as a whole.

Acer’s Chromebook 15 will bring an impressive 1920 x 1080 HD display, and boast a fifth-gen Intel Celeron processor and either 2GB or 4GB of RAM. It brings 802.11ac Wi-Fi and Bluetooth LE, as well as support for USB 3.0, 2.0 and HDMI. Even more impressive is the light weight and strong battery life for a device that boasts as much power, in such a small unit. 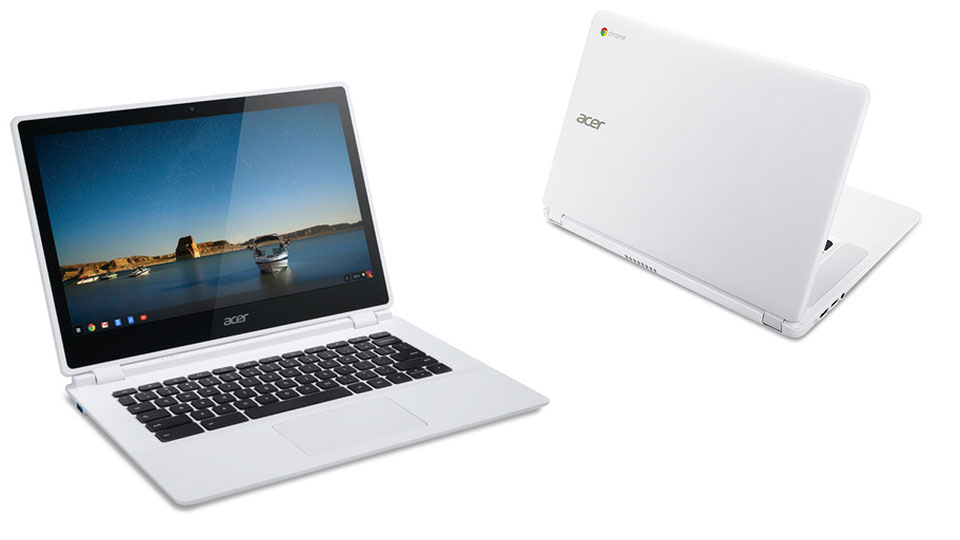 One charge is said to promise eight hours of battery life from start to finish. As far as flash storage is concerned, the newest Acer Chromebook will bring 16GB and 32GB options for those who are interested in maxing out the space that they have available to store documents, photos, and anything else that users might have the desire to save on their Chrome OS laptop.

However, Acer isn’t just going “all in” when it comes to their larger device that will go on sale this year. Acer is also updating their Chromebook 13 model as well. The update that has an Nvidia Tegra K1 processor will bring touchscreen to the table – that will be a nice update for an otherwise smaller, and less-exciting device – compared to the new models. Both models are expected to launch next week at CES and whether it’s the 15.6-inch model or the traditional 13-inch model – the updates are expected to have a major splash on the playing field.

Perhaps the biggest note from all of these updates is Google Chromebook fully arriving in 2015 as a full-service, or full-use laptop – rather than just a netbook with some fun features. Google Chromebook has come a long way since the Chromebook OS originally launched and now as Chromebook has continued to outsell iPad in 2014 – this could be the year that the operating system really has the opportunity to separate itself from the competition. Updated screens, more-impressive memory functionality, and faster processors all will lead to bigger and better things within the Chromebook family.