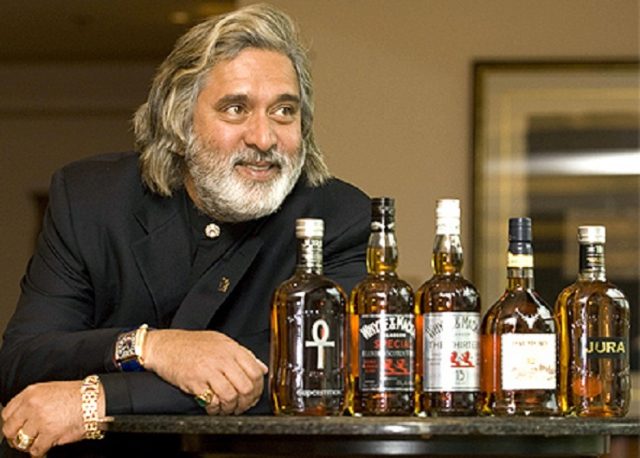 The former Kingfisher Airlines owner Mallya has fled to London after defaulting loan of $ 1 billion to 17 banks.

The hottest talking topic in Indian newspapers for the past couple of weeks is none other than Vijay Mallya, the man who gave ‘The King of Good Times’ to the Indian youth.

The story of this business tycoon is more like a cinema, as it has those unexpected twists and turns capable of enthralling an ordinary man.

He led his early days of his life in Kolkata with his grandparents, as his father left them and continued living in Bangalore with a woman with whom he had two daughters.

During his teenage, the young boy realized that he has the capability to take his father’s business to next level, as it will also benefit him to build a career.

His stay with his father in Bangalore was not at all comfortable, as he led a very tough life, and used to keep a note of even a single penny.

One day, young Vijay lost a one paisa coin, and then, Vittal noted it in his diary. Later, the liquor Barron revealed that it was from his father that he learned the vitality of record keeping in business.

His life changed when he took charge as the Chairman of United Breweries in 1983 after his father’s death.

In 1986, he married Sameera Tyabji, an Air India attendant. They gave birth to a son, Sidharth, but soon they got separated. Later, the business tycoon married Rekha, his Bangalore neighbor, who had previously married twice.

In 2005, he launched Kingfisher Airlines, which eventually became insolvent, and was shut down. Employees began fighting against Mallya as they did not receive a salary for more than a year.

By November 2015, the amount which he had to pay reached a whopping 9000 Crore INR ($1 billion), and Mallya was charged for crimes like money laundering and misappropriation.

Vijay Mallya had fled to London before the Indian courts issued a nonbailable arrest warrant against him. He is now reportedly leading a comfortable life in his London Estate.