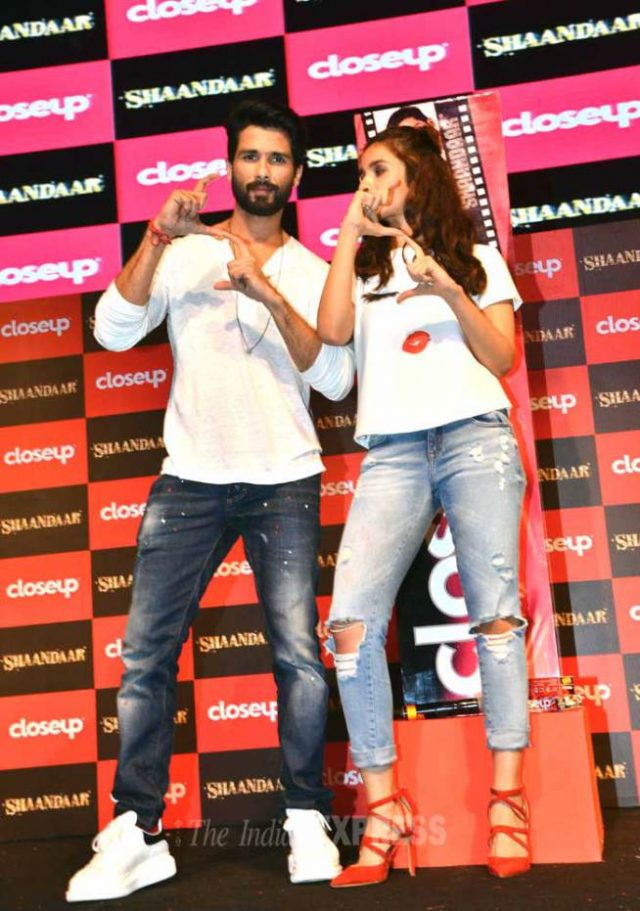 The Producers of the Shahid Kapoor and Kareena Kapoor starer ‘Udta Punjab’ have filed a case with the cyber police alleging that the film was leaked online.

The complaint launched with the cyber wing in Bandra claimed that the flick was uploaded on the web by some unidentified persons.

According to a report in TOI, a 40-minute clip which contained the most crucial scenes from the flick was leaked online.

The trouble of ‘Udta Punjab’ seems to be endless. After getting into problems with the CBFC, which recommended 89 cuts, the Bombay High Court came to the rescue, and it was scheduled to release on Friday.

The flick which highlighted the drug menace in Punjab was scheduled for release on June 17.

A senior Police official at Bandra Police Station has confirmed that the film’s director, Abhishek Chaubey, has filed a written request to the cyber police to look into the matter three days ago.

The leaked version also has the scene which has been asked by the High Court to be deleted. The scene shows Shahid Kapoor, who plays a drug addict pop singer urinating in public.

A watermark is also present which suggests that the copy was submitted to CBFC for review. It has increased suspicion that the source of the leak could be from the CBFC.

With elections just round the corner in Punjab, the motion picture has now become a bone of contention between rival political parties.

The Censor Board chairperson, Pahlaj Nihalani has been accused of working under political pressure and preventing the release of the motion picture.

Mr. Nihalani has also accused the producer, Anurag Kashyap of taking a bribe from Aam Admi Party to show the ruling Akali-BJP combine of the state in a bad light.

It is also reported that a few websites have the full movie running on their portals.

If true, it will be a disaster for the producers who will have to endure and significant fall in earnings. Already the film has been delayed.