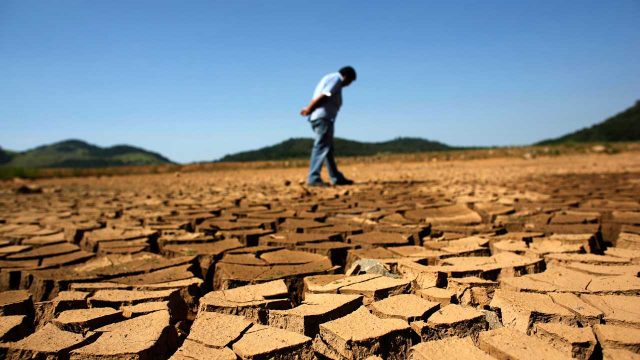 A new report by the World Bank has found that if nations fail to uphold policies drafted for combating different impacts of climate change while offering safety nets to the poor worldwide by 2030 our planet will be home to 100 million more poor. The said report has been titled “Shock Waves: Managing the Impacts of Climate Change on Poverty”.

The World Bank report argues that climate change has a significant role to play in the process of abolition of poverty. It says that poor people remain at greater risk of being impacted by different climate-related shocks like drought, flooding, crop failure, water-borne diseases, an increase in food prices, extreme weather patterns, which according to scientists, will be increasing because of climate change.

Jim Yong Kim, the World Bank Group President, said that this new report makes it clear that bringing an end to poverty is impossible unless strong action is taken for reducing the threats climate change imposes on poor people and lowering harmful emissions dramatically.

According to projections made by the World Bank last month, the current year is expected to see the number of people in poverty drop to 702 million, which is 9.6% of the global population. This drop is significant as statistics obtained in the year 2012 suggest that our planet is home to a total of 902 million poor people, which happens to be 12.8% of the global population.

When making the projection, the World Bank stated that this expected decline will be bringing the world much closer to the widely talked about the goal of bringing an end to poverty by 2030. However, this new report by the same body is suggesting that the goal is threatened seriously by climate change.

According to Yong Kim, climate change can cause maximum damage and right now World Bank’s challenge is to prevent millions of people around the globe from entering poverty due to changing climate.

The report has been created based on the newest modeling results which reveal the effects of climate change on agricultural productively, food prices, climate-sensitive diseases, and natural hazards like flood, drought and heat waves. To create the report, experts combined those results with statistics obtained from household surveys conducted in 92 countries. The surveys were conducted to gather information on sources of income and demographics.