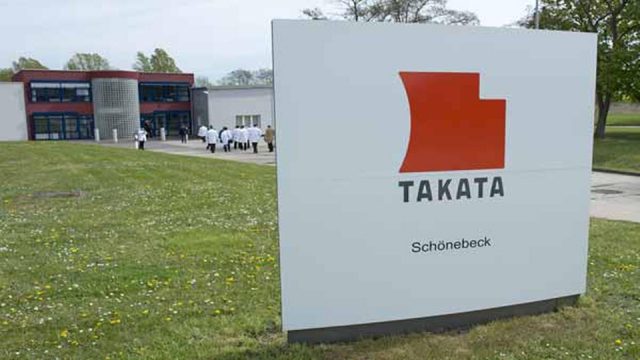 The woman, Jewel Brangman, 26, died due to severe injuries on neck and head, caused by explosion of driver’s side airbag, causing metal shrapnel to enter the cabin. Brangman was driving a rented 2001 Honda Civic, which was recalled by Honda in 2009, but the owner’s never showed up even after 4 notices from the company.
“The fact that this was a rental vehicle that had not been remedied is more evidence for why we are seeking authority to prohibit sale or rental of any vehicle with an open safety recall,” NHTSA Administrator Mark Rosekind said.

To inflate the airbags quickly, Takata uses ammonium nitrate to create a small explosion in its inflators. However, under some special circumstances like moisture exposition, this chemical becomes unstable, and can explode with enough power to blow apart a metal canister.

Both Honda and Takata offered condolences to Brangman’s family, and Honda cited this event to urge all the owners to get their recalled vehicles repaired as soon as possible to avoid any accidents. Alexander Brangman, father of Jewel Brangman, residing in San Diego, filed a death lawsuit in April against the car manufacturer – Honda, as well as Takata and the Sunset Car Rental LLC, San Diego.

Takata Corp. is responsible for the biggest auto recall in US history, involving nearly 34 million vehicles whose air bags will be replaced by the company. The vehicles having the faulty airbags include big automakers like Honda Motor Co, Toyota Motor Corp., General Motors Co. and Daimler AG trucks, constituting almost 14% of the 250 million vehicles currently 0running in the U.S.

NHTSA has been continually trying to speed up the pace of repairing to prevent any more accidents, but the automakers and regulators are having trouble in tracking down the owners, as the recalled cars dates back many years, and many cars have changed owners during that phase.

To know if your car is in the recalled list, visit https://vinrcl.safercar.gov/vin/ and enter the Vehicle Identification Number, or VIN.