Swatch has released a new series of wrist watches that are capable of powering themselves while the user moves along and also has a backup power to stay alive for nearly 90 days. Coming with a price tag of $150 this new Swiss machinery is made of just 50 moving parts and is willing to lower the sales of Apple Watches or any other smart watch for that matter.

For more than past three years, U.S. has become home to digital smart watches instead of classical Swiss made timepieces. With some gaining good sales, such as Pebble, Apple Watch is getting reports about not making people wear them much as it digs a deep hole in the pockets. 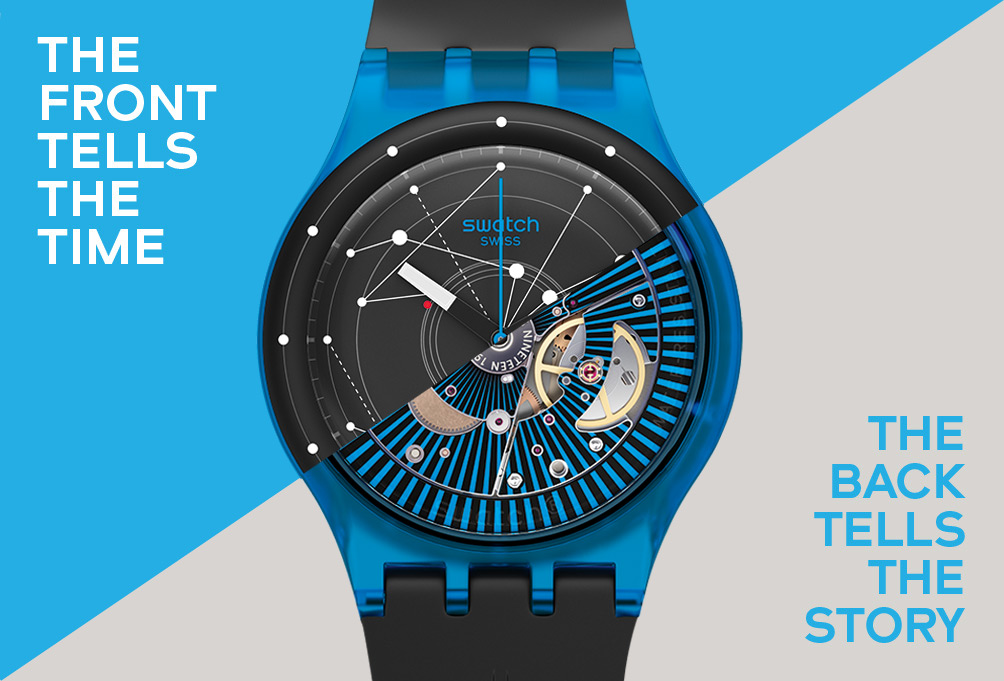 Coming back to the Swatch watches, the models are pretty colorful and try to portray a mix of both the worlds. It has the classic machinery, and it is colorful and forward at the same time. Though it is yet to arrive for a review, we can look at the images and see the watches as they have been possibly being made of a suitable high-quality non-metallic object.

Giving it a forward look, the watch offers you to choose from several colors. The high-quality silicon strap on it is less likely to trouble for most obvious reasons. All of the pieces have been tagged with a same price, regardless of the color you choose.

Swiss watch makers were in the news a few months ago that they are trying to get in the business of smart watches with future-proof technology and a connection that sets a link to the traditional watch making. All these brands we have seen, such as Rago or Rolex, they design their watches with very accurate precision, and now they are willing to have the watches with a traditional design and with electrical components being driven by an advanced operating system such as Android – no WatchOS is never getting there.

So, why the market of smartwatches isn’t that high now. There could be several reasons, one being that people like machinery that shows class — silicon chips with a touch screen on the top is still isn’t there. Talking about Apple, the Watch has a price point that many of the buyers think it is costly. Secondly, the high-end Luxury Gold Rose and Gold Watches priced at $17000 and $10000 respectively, aren’t carrying a real sign of luxury. Except body, everything in there is just the same.