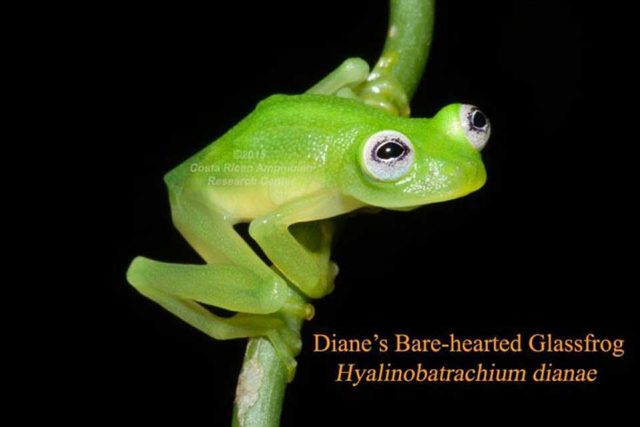 So far, Kermit the frog was just a creation by Jim Henson that has been entertaining people since 1955. However, a recent discovery by scientists suggests that this singing and dancing frog might exist; they have found a new glass frog species that looks like the popular Muppet.

The said study was carried out by researchers representing the Costa Rican Amphibian Research Center. The newly discovered glass frog species called Hyalinobatrachium dianae was located on the Caribbean foothills in Costa Rica. The frog got its name from Janet Diane Kubicki, mother of the lead author of the study Brian Kubicki.

The Hyalinobatrachium dianae is the 15th member of the glass frog family residing in Costa Rica. This has been confirmed in a post on the research center’s official Facebook account. 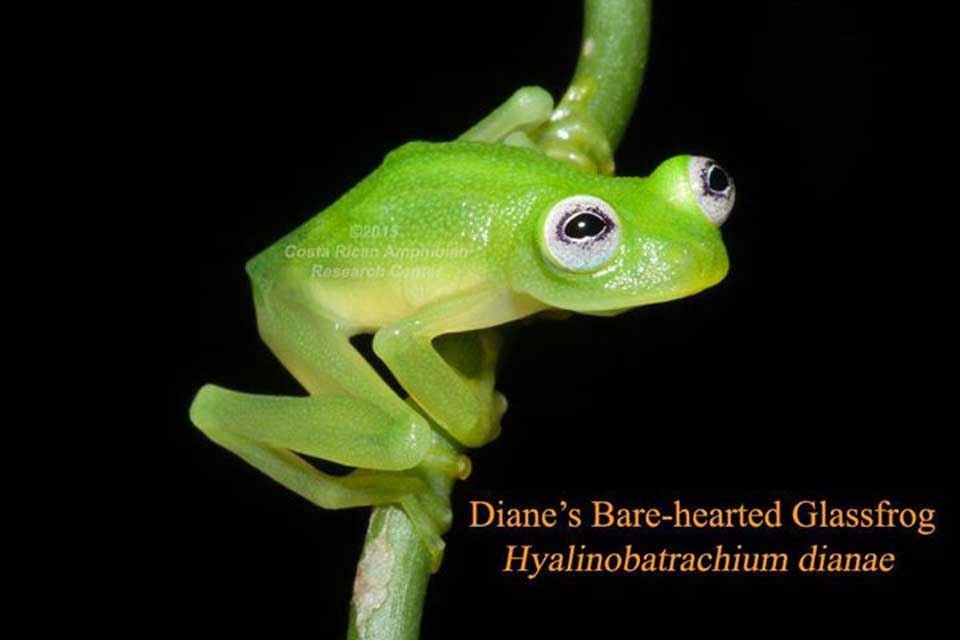 The scientists involved in the study said that this newly discovered glass frog species are significantly different from the other 14 members of the family; it carries a unique combination of advertisement call, genetics and morphological characteristics.

During the study, researchers collected 6 major specimens of the amphibian at 3 different locations in the Caribbean slopes. Each of these 3 locations was 400 to 900 ft above the sea level.

The Hyalinobatrachium dianae can be identified easily with its snout truncate in lateral and dorsal views. The other characteristic features of this glass frog species include granular dorsal skin, lime green-colored dorsal surface devoid of any dark spot, unique hand webbing formula, silvery white iris with reticulation, transparent parietal peritonea, and an advertisement call featuring just one metallic whistle-like tone that continues for 0.40 to 0.55 seconds and possesses a frequency of around 3.44 kilohertz.