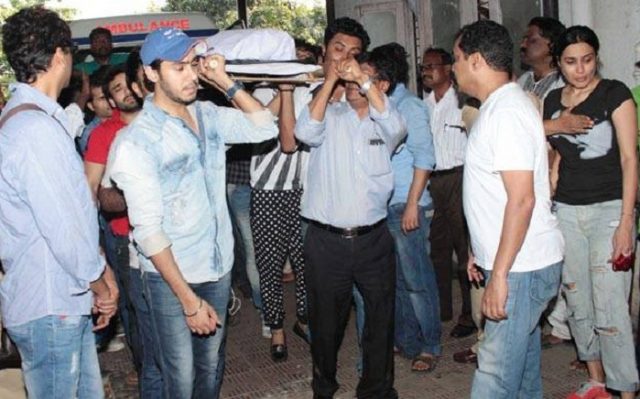 The Pratyusha Banerjee suicide case has been in the limelight for the last few days due to its twists and turns and shocking revelations. The death of this Jamshedpur-born actress shocked the entire industry.

Pratyusha, 25, known for her role as ‘Anandi’ in the famous T.V. series, ‘Balika Vadhu’ was found dead in her apartment at Goregaon in Mumbai on April 1 this year.

She was taken to Kokilaben hospital and was pronounced dead. She appeared on reality shows, “Bigg Boss 7”, “Jhalak Dikhlaja” and the recent “Power couple”.

The much-awaited probe in the tinsel town is on. Though the reason for the extreme step is not confirmed, the sources reveal that Pratyusha was going through a financial crunch and things were not well in her personal life as well.

Some reports say she was two months pregnant!

Her last rites were performed on Saturday evening. The police investigations are in full swing to reveal the reason behind Pratyusha’s death.

Insiders from the industry also tell about the disturbed relationship between Pratyusha and her boyfriend Rahul Raj Singh, who she was soon to walk the aisle with.

Singh, a T.V. producer, has reportedly been admitted to Shree Sai Hospital after he complained about uneasiness and low blood pressure during the police investigation. The doctors claim that he might suffer from brain haemorrhage if his condition worsens.

Speculations about the actress being two months pregnant at the time of her death are doing rounds. Her friends from the industry are shocked and said that the couple was planning to tie the knot on the auspicious occasion of Bengali New Year on April 14.

But according to the preliminary report of doctors, the cause of death was asphyxia, confirmed a police officer.

As per the sources, the actress had called a close friend and revealed she was extremely depressed and felt dejected due to the lack of good offers. The actual cause of the death can only be confirmed once all the reports arrive.