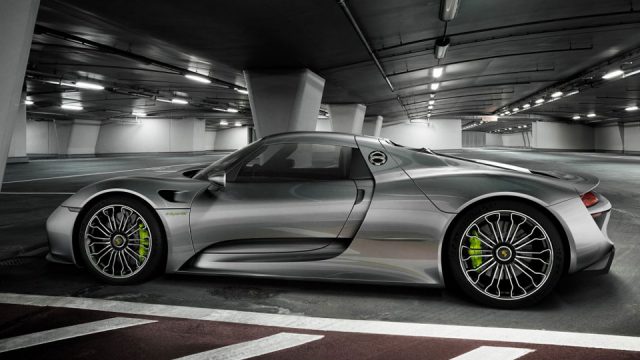 The German automaker Porsche recalls more than 200 limited-edition 918 Spyders to replace defective chassis parts. Porsche is taking the precautionary measure for its most expensive model till date following a fault-finding during in-house quality tests.

The automaker noted that no complaints have been registered so far. Porsche is a premium brand under Volkswagen AG, which noted that the fix will take about two days to complete. The last of these limited-edition cars were sold in November. Porsche manufacture only 918 plug-in hybrid racer cars to maintain the exclusivity of the car and the brand. It was priced at $845,000.

Earlier this year, Porsche recalled 46 race cars from its limited-edition Spyders to fix a potential defect with rear-axle components. A recall towards a year end further lengthens the list of U.S. recalls in 2014, which has already reached a record 60 million mark. General Motors led the list of infamous recalls due to ignition switch failures reported in its vehicles.

The National Highway Traffic Safety Administration tally of 60.5 million recalls through December 20, 2014, this year is the highest ever and breaks a decade old record of 30.8 million recalls in 2004. The agency has been pressuring automakers to recall cars more instantly once a defect is discovered or reported. NHTSA is also using the threat of $35 million fines and subpoena power to ensure prompt response by automakers.

General Motors alone accounts for 27 million recalls, setting a record for any single automaker. Defective ignition switches in its vehicles have resulted in at least 58 injuries and 42 deaths. Japanese automaker Honda Motor has recalled 5.4 million vehicles given the defects in air bags manufactured by Japanese component maker Takata Corp. The Takata air-bag flaw has resulted into a recall of more than 8 million vehicles in aggregate.

How to watch Charlotte FC vs Chelsea on TV: Live stream channel, schedule and...

What are the side effects of the Monkeypox vaccine? – NationalWorld