The 34-year-old Kareena Kapoor walked the ramp for Rohit Bal on April 04, 2016 at the Lakme Fashion Week 2016 and gave it a perfect closure.

The stunning actress was dressed in a royal blue lehenga choli adorned with golden colored ‘chaand’ motif’s and looked no less than a diva as she walked the ramp with the backdrop being that of historical St. Xavier’s College.

In a statement, Kareena stated she was just in love with the chaand motif on her lehenga. It was something special, and she said she would like keeping this for the coming 50 years for her family. She loved Rohit’s clothes and stated that his clothes are reflective of his personality. 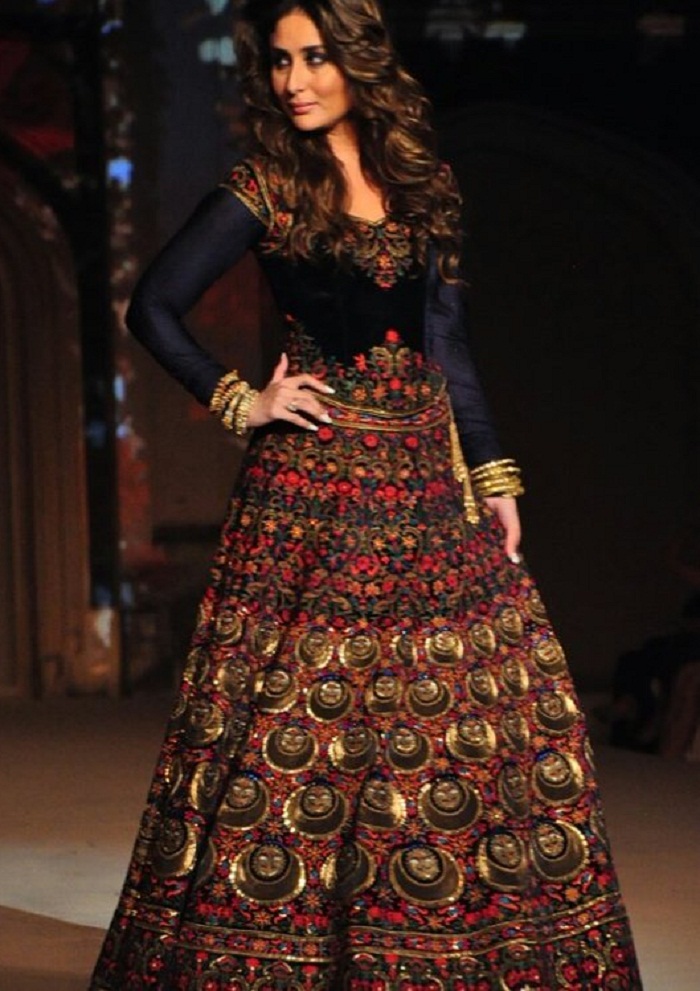 The actress has given many popular hits and is also famous for her critically acclaimed roles. Recently, she felt that people don’t respect the actors as before.

Appreciating the new generation of film-making, the actress says she is quite upset with the trend of promotions and says it takes toll on the actors.

During an interview of ‘Ki and Ka’ Kareena stated that earlier people would respect the artist, but nowadays, says people don’t comply with the actors that way.

Earlier, people would be very desperate just for getting one glimpse of their favorite stars, but nowadays, celebrities are putting themselves in weird pictures and bathroom pictures on social media.

Talking about the work, Kareena would be seen next in Udta Punjab, casting Shahid Kapoor, Diljit Dosanjh and Alia Bhatt in lead roles. Recently, she was seen in Ki and Ka of R Balki, which also has Arjun Kapoor in the lead role.