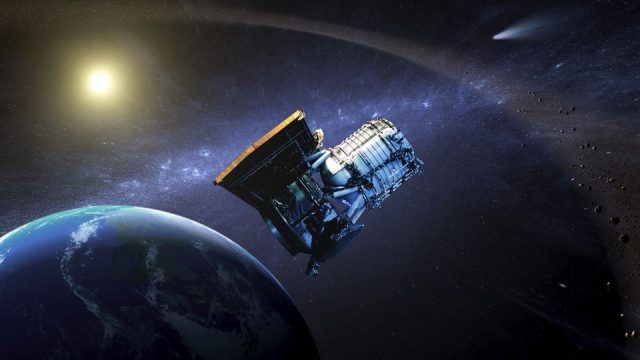 NASA’s WISE Spacecraft has managed to do something that no spacecraft or astronomer has done to date. It has not only detected, but found the most luminous galaxy that has ever been located. The galaxy is so powerful that scientists are calling it the brightest in the entire universe, and suggesting that its brightness in comparison with other galaxies around the universe really are slight in comparison. The findings come as NASA’s WISE Spacecraft pushes the boundaries of what scientists and astronomers previously knew about a galaxy that could be so much more powerful than our own.

Chao-Wei Tsai of NASA’s Jet Propulsion Laboratory, and the co-author of the study pointed out that, “We are looking at a very intense phase of galaxy evolution.” He went on to say, This dazzling light may be from the main growth spurt of the galaxy’s black hole.” The findings here are some that could significantly change the way planetary study happens, and even push some of the answers that we have typically taken as fact.

In fact, just how bright this galaxy is, connects very specifically to the power of a black hole. NASA breaks down what a black hole is by pointing out that, “Supermassive black holes draw gas and matter into a disk around them, heating the disk to roaring temperatures of millions of degrees and blasting out high-energy, visible, ultraviolet and X-ray light. The light is blocked by surrounding cocoons of dust. As the dust heats up, it radiates infrared light.”

Andrew Blain, another one of the co-authors of the study pointed out that, “The massive black holes in ELIRGs could be gorging themselves on more matter for a longer period of time.” Right now, scientists are really getting more information out of this in terms of better understanding black holes, than they are any particular galaxy – and that’s the most fascinating part of this study. He went on to point out that, “It’s like winning a hot-dog-eating contest lasting hundreds of millions of years.”

Obviously, more research is going to be necessary in order to really start to answer some of the more demanding questions that have been posed thus far in the study or throughout the process. Figuring out how black holes become what they are is something that is a challenge, and a lengthy process. However, it’s something that astronomers will be able to understand more greatly as more research is conducted like this – that leads to better scientific proof of various types of galaxies and planetary entities.