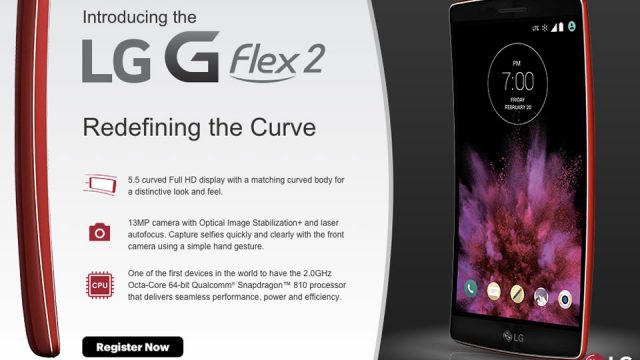 LG has officially unveiled when their new G Flex 2 device would be released, in the coming month, and now the reviews of the device are beginning to sound like this could be the biggest and best smartphone on the market in the coming year. The company announced that Sprint would be launching the phone officially in stores on the 13th of March, while pre-orders went on sale on Friday. Interestingly, the cost of the phone will be $504 off-contract, and depending on the type of agreement the user signs – will cost $12 and upward depending on the length of the agreement.

The LG G Flex 2 brings a 5.5-inch screen that is high-definition, but certainly not at the standard that most flagships are now being released at. However, that seems to be intentional – as performance is greatly improved along with that. A 2.0GHz Qualcomm Snapdragon 810 processor is what’s powering the device under the hood, and it boasts 2GB of RAM. Combine that with 16GB and 32GB storage options, as well as an impressive camera situation. Again, it isn’t at the top of its class by any means, but this is not a “flagship” device, so it really delivers right where it needs to and makes up for any cosmetic shortcomings with raw performance. 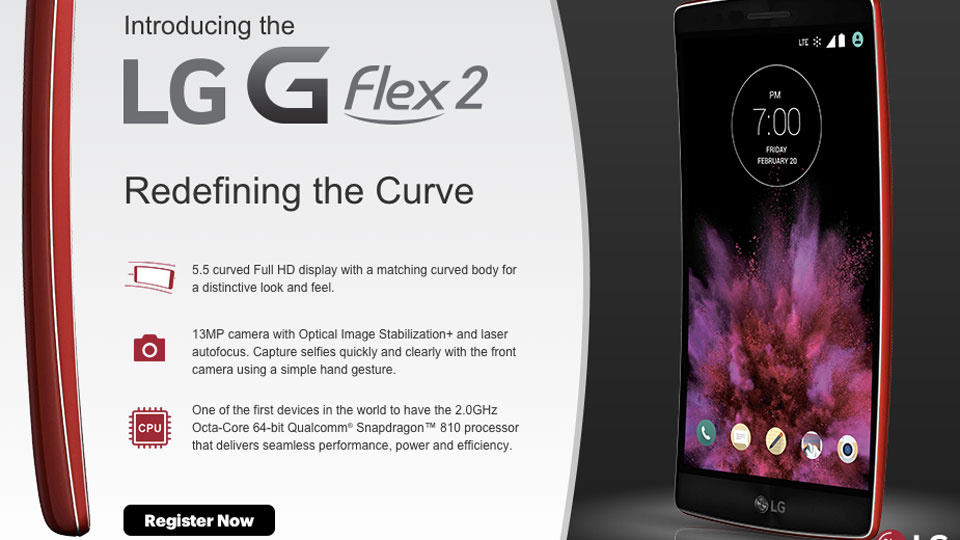 A 3,000 mAh battery gives the phone a ton of horsepower and the kind of horsepower that can last a very long time. The phone was complemented by those who ran the device for seeming to handle a lot of stress. That camera that was mentioned before is a 13MP rear-facing shooter, and a front-facing shooter that isn’t quite top-of-the-line, but still a very high-quality camera given the overall performance of the device.

While it will be launched on Sprint initially, it’s been the general consensus that the device will launch on AT&T, as well as T-Mobile in the near future. As far as Verizon is concerned, it would appear at this point that the company is sitting out this move, with many other high-end devices coming in the near-future from Samsung, LG, and HTC. The LG G Flex 2 could actually be a device that becomes the surprise of the year – if things hold up as they’re trending right now, and the device lives up to the hype.