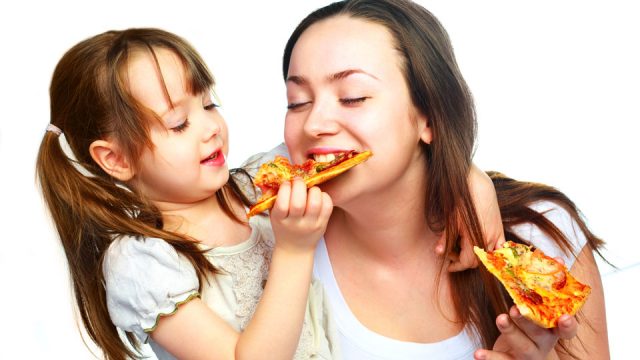 Kids in the United States should do something immediately to reduce their pizza intake for it is taking serious toll on their health. A new study suggests that pizza turns out to be a huge source of calories, saturated fat and salt in the diets of kids. The researchers also said that only one or two slices of pizza with loads of salad should be allowed as a kid’s meal.

“Parents should aim to curb pizza consumption, particularly as a snack where it was shown to have the largest adverse impact on children’s calorie intake, and they should put their pizza dollars toward healthier brands,” said study co-author Lisa Powel, director of the Illinois Prevention Research Center.

The finding of this study reported that children usually take in an average of 136 calories per day only from pizza.

As a part of this study, different questionnaires about the diets of children and teens who were aged between 2 to 19 were examined; these questionnaires were completed between 2003 and 2010 with an interval of every two years.

The results stated that the good news is between2003-2010, there has been 25 percent decrease in the number of calories children consumed from pizza, but the worrying part remains with the fact about 20 percent of children and teens eat pizza on any day.

As the pizza tops the list of favorite food for most of the kids these days, it is important to make healthier pizza, said Powel.

Why the Utah Jazz got an A in ESPN’s latest offseason grades – Deseret...

Justin Edwards News: Decision set for after Peach Jam – A Sea Of Blue