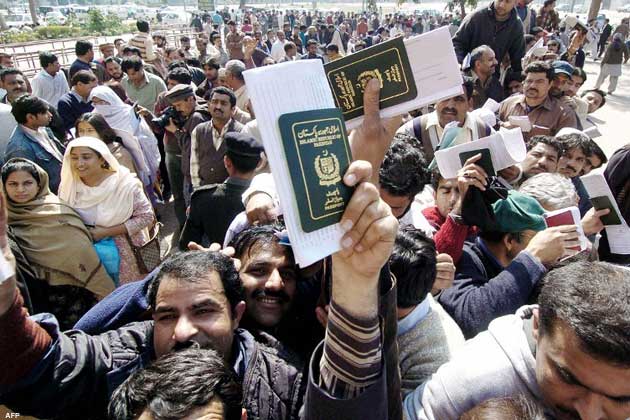 In order to understand the reasons for the increase in rejected numbers of visas for Pakistani citizens, the Indian High Commissioner wrote to New Delhi to ask for clarification. He mentioned that if there was no bold reason for the mass rejection, the applications rejected would need to be reconsidered.

Despite historical conflicts, both Pakistan as well as India have standing bilateral agreements that let’s citizens from either nation visit the other.

People from both nationalities have family and friends on either side of the border and frequently travel across the two countries for leisure or religious visits.

According to reports, the large number of rejected visas stems from the fact that India’s intelligence groups expect terrorists to enter our borders sometime soon.

Additionally, Indian authorities have upped their scrutiny after the Pathankot Air Force base attack by Pakistanis earlier this January.

While the number of rejected visas in on the rise, our Prime Minister Narendra Modi is expected to make some amends to the existing bills, which will allow for temporary citizenship to persecuted Hindus that live across the Pakistani border.

The bill is expected to make changes to the Citizenship Act 1955 during the parliamentary meet this monsoon between July and August 2016.

When instated into power the Modi government rolled out an online provision for long-term visas which allowed Pakistani nationals to live in India for a stretched period of 5-years.

While the UPA was able to hand out just over 1,000 such citizenships to Hindus from neighbouring countries in their 5-year period of ruling, the NDA government has been able to reach out to 4,000 such people.