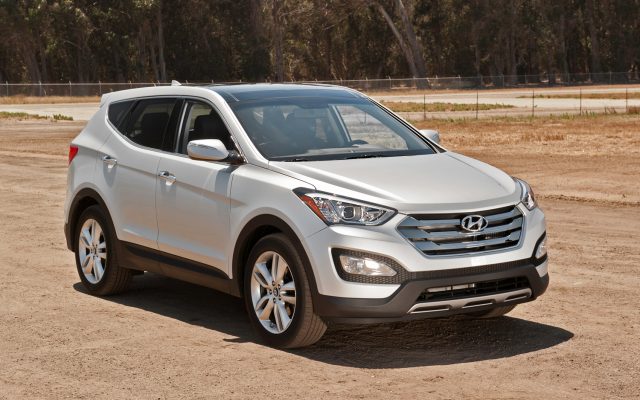 There are a lot of sports utility vehicles in the market, and slowly the Hyundai Santa Fe has penetrated the SUV segment. Despite having minimal changes to the 2014 edition, it seems that consumers have been magnetized to getting the 2014 Santa Fe edition, something which has benefitted Hyundai as they enjoy a significant jump (24.6 percent) from the previous calendar year.

So if there were no major changes to lure in potential car owners, why are they preferring the Hyundai Santa Fe? Apparently consumers nowadays are looking for more value for their money and the warranties included with the Hyundai SUV seem to be driving them to it.

The Santa Fe comes with Hyundai’s industry-leading, 10-year/100,000-mile limited powertrain warranty and a five-year/60,000-mile new-vehicle. Further, the limited warranty is transferrable to the next buyer. Hence, the additional perks have become critical factors in the buying decision and purchasing power of would-be car customers aside from the advanced and lush design the 2014 Santa Fe comes with.

The 2014 Santa Fe edition boasts of light emitting diode accent lights by the headlights, a leather-wrapped steering wheel (which would normally be available from top end models of other car companies), lush interiors that should easily appeal to choosy car owners.

As far as the power and smooth ride, well, eventual owners are bound to enjoy every minute on the road thanks to the 3.3 liter, double overhead cam, V6 engine which is complimented by a 6-speed transmission. The starting retail price for an all-wheel drive, 2014 Santa Fe GLS is $32,525.

Some years back, consumers had apprehensions on Korean-made cars. But that was before the improvements and continuous enhancements and improvements stepped in, something which the Santa Fe has wonderfully integrated which in turn has placed them in the upper class of the SUV market.

Recall concerns? Well, they did have a safety recall on 28 units, most of which were built during the first 10 days in November, 2013. The issue was due to tires with damaged sidewalls, a risk which could lead to crashes. Other than that, no serious recall or safety issues have cropped up.