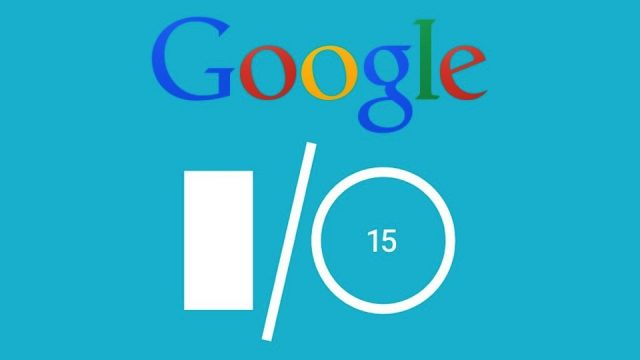 Google I/O 2015 will be getting underway this week, but the tech world is still relatively uncertain about what they might be seeing at this years biggest Google event. The biggest Google event of the year will be held at the Moscone Center in San Francisco, California. Google’s largest developer conference of the year should feature a lot of great technology, new and old, and should deliver in a lot of ways that people expect it to, to this point.

Historically, this is where Android operating systems have been unveiled, as well as some major product announcements in the hardware space. That being said though, there are a few specific things this year that consumers can keep an eye on as the event unfolds. Here are some of the highlights, or the things that we believe consumers should be looking out for at Google I/O 2015, as the company looks to really assert some dominance in the tech space, as Apple has dominated a lot of the dialogue.

Google has already revealed a portion of their hand when they titled a half-hour segment “Make Believe.” Google has been working furiously on virtual reality technology and really working to ensure that the products coming from their developers really push and blur the lines of reality and make believe. It’ll be interesting to see what products Google might push to see more virtual reality advances made within it, like Google Earth, or whether it will be an entirely new lineup itself. Google Glass is also something that could be mentioned in this segment at Google I/O 2015.

Satellite mapping is going to be taking a big leap forward, many believe, due to the fact that Google is working out some advances that will make portions of Google Maps, and other satellite related services active in real-time. This advancement would probably be the most notable throughout the entire event if it comes to fruition to the level at which people believe it will at this point.

At this point it’s probably safe to assume that Google isn’t going to be introducing a new smartphone at this event. However, smartphones won’t be forgotten at the event, either. Since there’s a reasonable chance that Google Glass makes an appearance at Google I/O 2015, then there is also a very reasonable chance that something significant will be coming for smartphones. It’s just not clear at this point whether that will be hardware related or not.

Google utilized this event last year to introduce Android Lollipop, or Android 5.0 and somewhat fittingly, Google will be introducing its next version of Android to the market at this event. This will likely be the most buzzed about update or upgrade that makes an appearance at Google I/O 2015, but until it’s actually unveiled, there has been a lot of speculation regarding the actual look and feel of Android M. Will it be a genuine upgrade, or just a renamed update to Android Lollipop? That remains to be seen.

Chromebook and Chromecast will get Updates

Google might not be talking much about a smartphone, at least in the hardware department, but they will certainly be chatting a lot about updates to Chromebook and Chromecast. Both will see significant updates in 2015 at this event, and some of them could be complete game changers to the overall business and operation of Google. Especially when it comes to Chromebook’s which have grown in population and really begun taking it to other personal computing technologies, like the iPad.