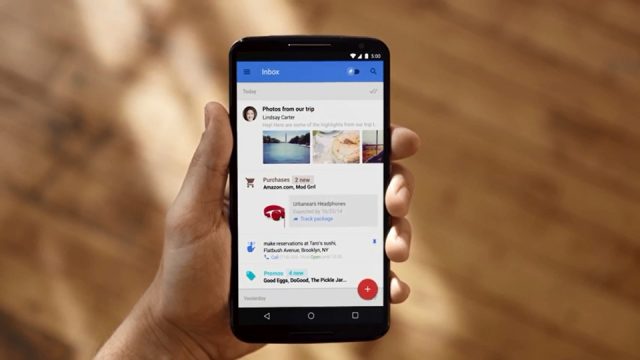 Google released and launched Inbox this week. Right now the app is only available by invitation, and the goal of the app is simple. The goal is to successfully sync, group, and bring together all of the important content the user encounters in a given day. The idea is one that’s appealing to a lot of people, and for a lot of reasons. Small business owners, the self-employed, the multi-tasker, and even just the casual email user can take advantage of the seemingly spectacular benefits of the app Inbox.

The goal of the app was not to replace Gmail, but put a more modern and useful spin on an email app that could meet the changing needs of the user. The app features things like categories, highlights for the most important information, reminders, notes, and even a calendar-like system installed throughout the app that is constantly making its presence known.

However, even requiring an invitation to join the app, though it is available for download in the App Store, and in the Play Store, many have begun questioning the legitimacy of what Google is trying to do. The question is, how does Google know what is important?

In fact, Google simply employed Google Now technologies into a mail application, in an effort to both modernize the email experience, and bring together the various types of features. Jack Gold, and independent analyst who studied the app and the process by which the app functions agreed with many that said this could be a slippery slope for Google if it fails to keep its end of the bargain and successfully organize. “The issue is, how does an overseer sort through all the communications and accurate predict what’s important to the user? It’s not an easy task,” he said Thursday.

Others have pointed out that the app is really going to focus on learning the behavior of the user, and that really speaks to what Google Now is all about. Rob Enderle, an analyst with the Enderle Group said that “It will learn which contacts are important to you and which topics you tend to actually read and respond to rather than delete.” He went on to point out that the app should without any problem “determine your interests.”

This pushback though might be contrary to what Google expected to hear when they released this app, and when it launched. Time will tell, but if you’re interested in downloading the app, you can request to be brought into the app by heading into the App Store, or Play Store, finding the app, and requesting to join via email.

Opinion | As Russia waffles on the space station, NASA should think ahead –...

Calm behind the storm: How little madness and loads of maturity is helping Rishabh...

Buying Cheap Stocks Isn't the Same as Value Investing — It Pays to Know...

DeSantis rips Biden in speech, wishes US 'speedy recovery' from his presidency – New...