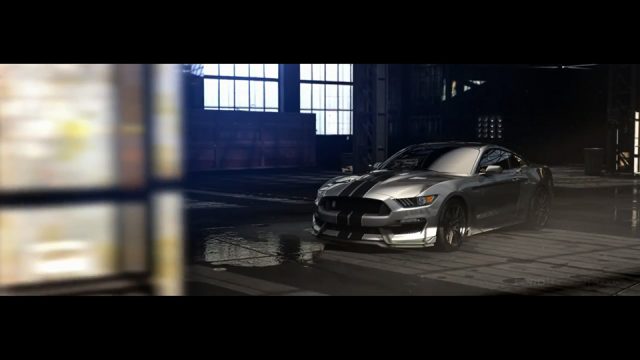 The rumors finally turn out to be true; the widely anticipated performance car Ford was planning to launch is the Shelby GT350 Mustang. It would be the first racing model of the Ford Mustang of 2015. That’s not all; it is also the first time Ford is incorporating a flat plane 5.2 l V-8 engine in any of its vehicles; the engine provides the Shelby GT350 with torque of over 400 lb-feet and power of over 500 hp.

For now, the new Mustang is the only vehicle to have received the V-8 engine; according to experts, the engine should be able to provide the car with the same level of responsiveness that top racing engines offer. In addition, the unique engine will also offer a flat, broad torque output.

The Shelby GT350 Mustang comes with a deadly combination of the 5.2 l V-8 engine and a lightweight 6-speed manual transmission. This ensures that the vehicle’s rear wheels get enough power.

In a statement issued recently, Jamal Hameedi, who happens to be the Global Performance Vehicles chief at Ford, informed that the engine embedded in the upcoming Mustang generates a distinctive, low, but sharp howl from the 4 exhaust tips it has. This is another characteristic feature of the flat-plane 5.2 l V-8 engine.

The new powertrain embedded in the Mustang matches the comprehensive visual, chassis and aerodynamic upgrades received by the car perfectly. GT350’s hood is a bit lower than the ones found in the regular Mustangs. The new car also has beefier brakes, wider front track and stiffer suspension parts. We might struggle to find many similarities in the appearances of the previous Mustang cars and the GT350 as Ford has already said that the parts that come after the car’s windshield have all been freshly designed.

Ford has ensured that the car also has a great interior. Inside the car, you will come across attractive features like leather-trimmed, power operated seats, 8-inch screen boasting MyFord Touch feature, dual-zone climate control, etc.

The driving experience offered by the vehicle will mostly likely be excellent; at the car’s features are indicating so. Drivers will be allowed to choose from 5 different performance modes; these modes are meant for adjusting ABS (anti-lock braking system), stability control, traction control, throttle mapping, and steering effort.

The Shelby GT350 Mustang was unveiled by Ford at the 2014 Los Angeles auto show. The world is now waiting for the car to hit the market.