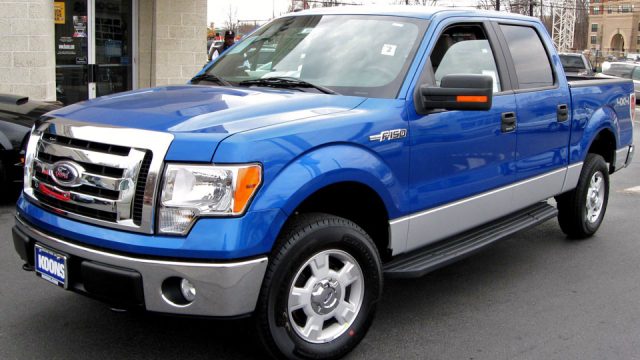 Ford revealed what one of the most-aggressive pickup trucks in the industry will look like in 2017. Ford will be bringing home an impressive extreme off-road vehicle that will boast harder, and more aggressive design lines, a reinvented bumper, and a body weight that comes in about 500 pounds lighter than its predecessor. The Raptor will go on sale later this year, and it will bring an impressive lineup of technical specifications to the party – for those who are looking to use the vehicle for what it was truly intended for.

The aggressive, Ford Raptor, which was originally built for those who are looking for an intense off-road experience, will see Ford’s first 10-speed automatic transmission. The company noted that the eventual goal is to add this feature to all of their pickup trucks, starting with the F-150. However, the engine got physically smaller but more powerful in the process. The 6.2-liter V8 has been replaced by a 3.5-liter twin-turbo EcoBoost V6 – which means more horsepower, and more efficiency within the vehicle. It’s officially rated at 411 hp and 434 lb-ft of torque as well. If that’s not enough, the truck will also feature Fox shocks 11.2-inches in the front and 12.1-inches in the rear of the vehicle. For those who are worried about being able to take this truck on the road – worry no more. Ford has added a four-wheel-drive system that brings a terrain management system that is thoroughly impressive. The terrain management system will feature 6 settings, and give drivers the option between street, sand, and even rocky surfaces. The vehicle will also be surprisingly resistant to scratches, as well. Add cruise control, a camera system that features a 360-degree viewpoint, as well as some other interesting tech features, and what drivers will be left with is a very impressive off-road pickup truck.

It’s not clear how much the 2017 Ford Raptor will cost – but the additional features could drive the cost up slightly compared to previous models. However, that should not be a trade that many Raptor fans will be unhappy with making – as the vehicle will definitely offer the best experience within a pickup truck for those looking to bring it in those truly extreme locations.