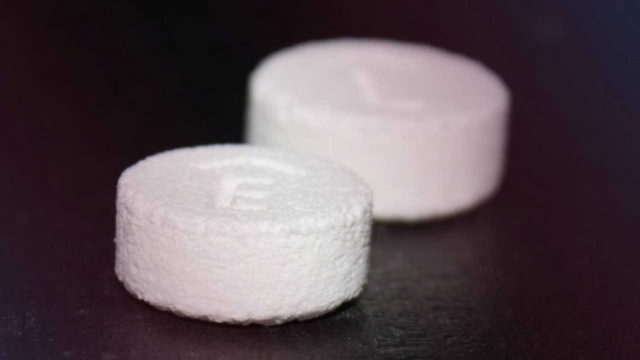 The first ever 3D printed pill has been approved by the US Food and Drug Administration. The pill will be made available for purchase by the first quarter of 2016.

Previously, we have seen the US Food and Drug Administration (FDA) approve 3D printed medical devices including prosthetics. This time, the organization has approved the first ever 3D printed medication. It’s a pill called Spritam. The unique pill has been developed by Aprecia Pharmaceuticals for controlling seizures in patients with epilepsy.

Aprecia has said that it has plans of developing several other medications using 3D printing technique. The most significant benefit of printing drugs is that the process allows different layers of the pill to be packed up more tightly in accurate doses.

ZipDose, another manufacturing technology developed by the pharmaceutical firm, on the other hand, helps in making high-dose medications lighter so that patients can swallow them easily.

A single piece of the printed pill can contain as much as 1,000 mg of the drug. For those who are wondering whether the D printed pills have a different dissolving process: no, they don’t. They dissolve in the same way as any other oral medicine we take.

Dr. Mohamed Albed Alhnan, who teaches pharmaceutics at the University of Central Lancashire, said that during the past 50 years, we have seen pharmaceutical firms manufacture tablets in factories and then ship them to different hospitals, but now with the advent of this technology we will see tablets being produced much closer to patients.

Dr. Alhnan stated that the technology will allow hospitals and other medical institutions to adjust doses for individual patients just by making small changes to the configuration of the medicine on the software prior to printing.

For those who don’t know: the process of 3D printing involves the creation of objects layer by layer. When making medicines using this technique, printers get adapted for producing pharmaceutical compounds instead of polymers.