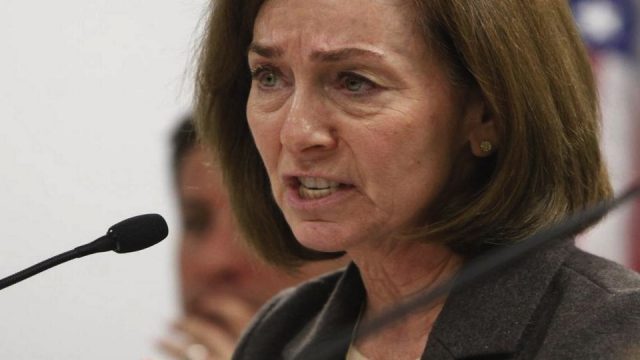 The Federal Election Commission has one of the most challenging jobs in all of politics. It’s intended purpose is to serve as the check and balance that exists to prevent potential candidates from raising election money illegally, or using that money in ways that it should not be used. The 2016 presidential election appears as though it will be the most expensive in the history of our politics. Right now, the expectation is that the money raised could exceed $10 billion.

This is where Chairwoman Ann M. Ravel enters the conversation. She has chaired the F.E.C. for a number of years now, and the once aggressive attitude she had toward unsavory political contributions seems to have disappeared entirely. Now, she is leaving political observers to wonder what the future of the F.E.C. will even look like, if the one task that it is chiefly given cannot be completed in our modern election system.

Ravel said of the situation, “The likelihood of the laws being enforced is slim.” She went on saying, “I never want to give up, but I’m not under any illusions. People think the F.E.C. is dysfunctional. It’s worse than dysfunctional.” However, that dysfunction that Ravel speaks of comes from a unique place. Hillary Clinton, former First Lady, and candidate for the White House in 2016 has said repeatedly that she plans on making a move to reform the system as it stands. She has gone on the record repeatedly, pointing out that political contributions need to be monitored. The irony though comes with the fact that she herself is going to account for a major portion of that $10 billion raised when the 2016 election is all said and done. Her potential Republican opponents though have made an increasingly large mark on the race to raise as much money as possible heading into 2016. Candidates on the Republican side like former Gov. Jeb Bush, Sen. Marco Rubio, and even Sen. Ted Cruz have raised significant funding, which has already measured in the millions through various avenues.

Ultimately, this becomes the challenge. The challenge therein becomes regulating the channels through which these candidates are raising money, instead of focusing on the money that the candidates have already raised. It’s something that has dimmed the entire conversation around American politics, but something that has been a unique story. In many ways, the F.E.C. is being held hostage as badly as the American people are themselves due to the sheer scope and volume by which these political contributions are coming.

One major problem though with actually correcting the problem with political fundraising is the fact that the agency itself is living through a party line deadlock. There are several key votes that will be important to actually change the way funding political campaigns happen – yet all of those votes are stuck at a stalemate, thanks to their being three commissioners from each political party. Until the commissioners are compelled to avoid voting with party lines, then those votes will continue to sit unmoved.

The two major players in funding a bid for the White House are billionaires, and what are called, “super PACs.” These massive conglomerates, and increasingly wealthy individuals are able to almost entirely fund a bid for the White House, without any donations from the general population. That’s a problem because ultimately, it creates an advantage in an area where there shouldn’t be one in the political world.  Over the course of the next several years it will be interesting to see how this changes, as more people grow concerned and outrage continues to build due to the gap that exists between those who influence politics here in the U.S., and those who vote to give those individuals jobs.

One thing is certain, though. Political contributions, and the money inside a political campaign has reached a new level of dysfunction, just like the federal agency that is responsible for regulating politics and how money is obtained and spent. It’s a problem that Chairwoman Ann M. Ravel has grown entirely complacent about, as change seems absolutely improbable at this point.

Not New York Or LA, But The No. 1 City In The World For Travelling And Working Remotely Is In The US

The Theme Of Juneteenth Is Black Liberation, Not Union Busting