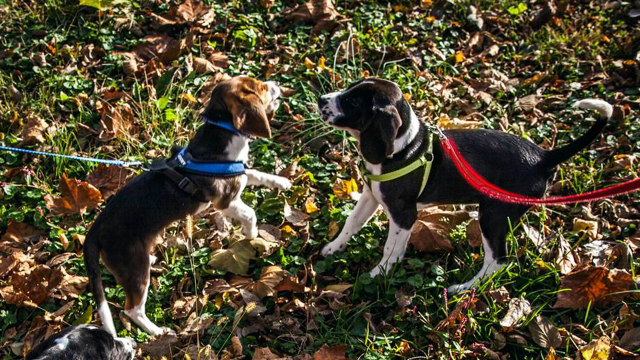 Scientists have created the world’s first test-tube puppies. This summer, a single mother gave birth to seven half-pound mutts from six different parents. The scientists have managed to do so using a technique called in vitro fertilization or IVF.

As we all know, IVF is frequently used for helping human couples struggling to have a baby naturally. Doctors have been using the technique involving fertilization of eggs in test tubes and implantation of the fertilized eggs inside women’s womb for helping infertile humans having babies since the late 70s. However, so far, scientists have failed to use the technique fruitfully in canines. This struggle forced the experts to come to the conclusion that the birds and the bees theory might work in a bit different way in dogs.

Finally, a research team representing the College of Veterinary Medicine at Cornell University has succeeded in tweaking the IVF procedure to ensure that it works even on the canines. The team worked together with experts at the Smithsonian University to come up with the tweaked version of the IVF procedure to allow a single mother to give birth to seven healthy test-tube puppies.

According to the research team behind this achievement, these are the first test-tube puppies in the world. The pups, born July 10, 2015, are a mix of a cocker spaniel, Labrador, and beagle.

Alexander Travis, the researcher in charge of the lab at Cornell, said that each researcher working on the project took a newborn puppy and cleaned it using a little towel and the moment the little ones started to cry and squiggle it became clear to the researchers that they have successfully achieved their goal.

Travis added that the newborn puppies looked absolutely adorable and cute with their eyes closed and faced smooshed-in. The researchers checked all of them carefully to ensure that they were breathing properly and had a normal appearance.

Why it took so long for the scientists to successfully create IVF puppies? According to the scientists, it’s primarily because the reproductive cycle of dogs is significantly different from that of all other mammals including humans. So, when the researchers extracted eggs from female dogs at the same stage of the menstrual cycle as they do for humans, they found that the eggs weren’t yet prepared for being fertilized.