Slot machine, reel slot machines, and casino management systems manufacturer Bally Technologies has now been acquired by electronic gambling machine maker Scientific Games in a $3.3 billion deal. The total deal comes to $5.1 billion, but Scientific’s also acquiring Bally’s $1.8 billion in debt. Bally shareholders, however, will receive $83.30 a share for their stock. Bally Chairman David Robbins and CEO Richard Haddrill will join Scientific Games as soon as the deal closes next year, with Haddrill serving as Vice Chairman in his new role with Scientific.

Bally Technologies’ debt is a tribute to the fact that the physical gambling machine maker’s been having it hard with its Las Vegas, Nevada business due to a weakening sales economy and economic hardship for faithful casino players, who tend to spend less when facing financial difficulties. In addition, Bally Technologies now has to entertain new gamers who don’t value physical slot machines as much as before. Scientific Games offers an electronic gaming experience, which many find more in step with the times than physical machines.

The same trend can be said for the gaming industry as a whole. Board game manufacturers such as Milton-Bradley and others once produced board games for families to play; now, games such as Life, Monopoly, Trouble, and others can be bought via mobile app stores and downloaded at the click of a button.

Scientific Games will not only acquire Bally Technologies, but also casino management systems as well as automatic shufflers and others gambling gaming products. Both company boards have approved the acquisition, but the deal has yet to officially close. 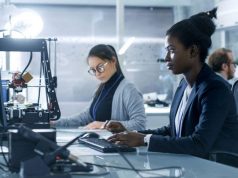 A Guide on How to Make ROI in Your Marketing