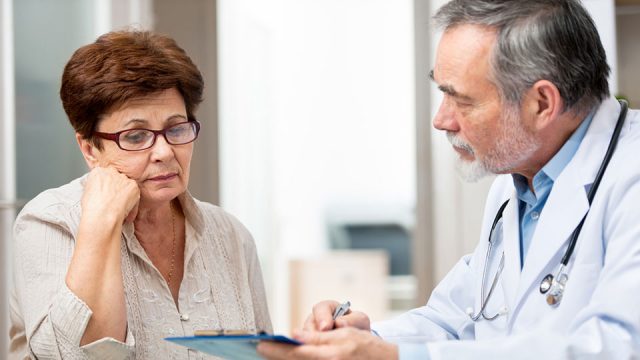 Findings of a new study are indicating that a genetic variant known widely for its links with Alzheimer’s disease might start promoting formation of plaque deposits in the patient’s brain much before any prominent symptom of the condition is identified by diagnostic tests. The said study was carried out by investigators representing the Indiana University School.

The scientists conducting the study have found evidence to focus research and then treatment on individuals with chances of having Alzheimer’s much before the disease gets diagnosed. The study focused primarily on individuals suffering from “significant memory concerns”. They were older adults who reported that they have experienced mental slipping in the past few months or years. However, each of those people was found to perform normally when they were made to undergo standard memory and cognition tests.

The Alzheimer’s researchers referred to the above mentioned group as the “subjective cognitive decline group”.

The study’s authors Shannon L. Risacher, an assistant professor of imaging sciences and radiology, and Andrew J Saykin, the director of the Indiana Alzheimer’s Disease Center and IU Center for Neuroimaging, utilized data offered by the Alzheimer’s Disease Neuroimaging Initiative or ADNI when performing the above mentioned research.

For those who don’t know: ADNI is an international private-public collaborative project that collects a wide range of long-term data pertaining to Alzheimer’s disease and make them available to people for conducting further research on the condition. The data gathered by this initiative comes from volunteers ranging from patients who have already been diagnosed with Alzheimer’s disease to individuals belonging to cognitively normal control groups.

It has already become quite clear that effective treatment for this neurodegenerative condition might be needed several years before the patient starts showing serious symptoms. As a result, researchers are currently concentrating mainly on individuals at risk of having the condition i.e. people experiencing notable memory concerns.

Dr. Saykin said that people who experience significant memory issues should be the logical target for the next set of clinical trials. He added that today the world knows about a number of potential interventions, which include a lot more options than just pharmaceutical care. He informed that today it’s believed that lifestyle modifications through cognitive simulation, dietary changes, exercise, sleep and more might result in significant improvement in the patient’s condition.