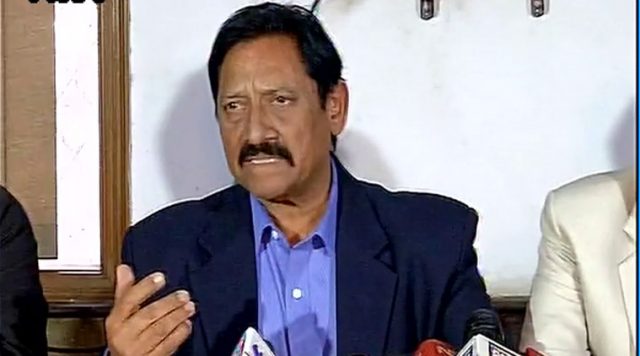 In expressing their feelings to the news of Chetan Chauhan being appointed as the new Chairman of the National Institute of Fashion Technology otherwise better known as NIFT, twitter users designed a suit of sarcasm for Mr. Chauhan to wear on his first day at work.

The new Chairman is expected to assume the office on Monday, June 21 and told newspapers he will not talk about his new job until he officially assumes his post.

The 68-year old Chauhan holds over two decades of banking experience and attributes that to be the prime reason for his reinstatement at the current position at NIFT.

The banker has also been a 2-time BJP lawmaker along with being the Vice-President at the DDCA (Delhi and District Cricket Association).

Mr. Chauhan elaborated to the newspapers that he would split his time to manage his own business affairs, continue with his work at the DDCA as well as assume responsibilities at NIFT in a 1:1:2 ratio.

In commenting with Chauhan’s appointment at a Fashion School, user “@sumit_roy_’” tweeted asking why they would consider Chauhan over the fashionable Bappi Lahiri”.

Another twitter user “@kaul_vivek” tweeted expressing relief that Chauhan had only been instated at NIFT after 23 years of experience in the financial sector, and that he’s not been made the Governor of RBI yet.”

Yet another tweet from “@Mr_Tippler” jokes that when Mr. Chauhan is asked to assess the design of a mini-skirt, he responds by asking the student to at least cover the legs.

In keeping in accordance with the rules prescribed by the NIFT Act declared in 2006, anyone that may be considered for the post of Chairman of the association would need to be either an eminent professional, renowned academic or established scientist or technologist; someone that is appointed by the President of the establishment.

Chauhan will be Chairman at NIFT for the next 3 years.