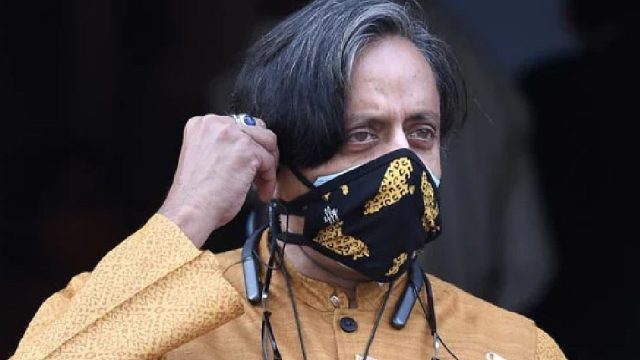 In the wake of the BJP’s presently two functionaries’ controversial remarks about Prophet Mohammad, Congress leader Shashi Tharoor said on Sunday that it is past time for Prime Minister Narendra Modi to speak out about the “proliferation of hateful speech and Islamophobic occurrences” in the country, claiming that his solitude is viewed by some as encouraging what has been going on.

Mr. Tharoor said in an interview with PTI that the irony is that the Indian government has already taken “great steps” to build alliances with Islamic countries in recent years, but that this danger is being “seriously weakened.”

The ex-Union minister also commented on the present debate in the country about the need for blasphemy laws, stating that he is not a supporter of such laws because their history is filled with their abuse and misuse abroad.

“The introduction of blasphemy legislation tends to promote both extensive civil rights violations and mob behavior by individuals who try to enforce the law themselves. I believe that our recent hate speech legislation, as well as Section 295A, are sufficient to deal with such misconduct “Mr. Tharoor stated the following.

The issue, he continued, is the police and municipal authorities’ commitment to upholding the rules without fear or hesitation against those who break them.

“Exemplary punishment against criminals will have a positive impact in future cases,” the Thiruvananthapuram Lok Sabha MP added.

“I suspect it is probably time the PM broke his solitude on the development of hateful speech and Islamophobic occurrences in our country since his solitude is viewed by some as favoring what has been happening,” Mr. Tharoor said when asked about the outrage & vilification from a wide range of Muslim-majority countries over the offensive comments on Prophet Mohammad as well as calls that Prime Minister should have acted quickly in the matter when the allegations were made.

“I’m sure he (Modi) realizes that divisive rhetoric like this is harming his agenda for India’s stability and development,” he said.

Mr. Tharoor stated that for any nation to flourish and grow, community cohesion & national harmony are required.