Same-sex couples received a major win at the end of the week, as the Supreme Court ruled in favor of legalizing marriage equality throughout the U.S. No longer will states have the opportunity to introduce individual bans against what has been constitutionally promised to Americans for hundreds of years, and instead, same-sex couples will receive all the benefits of a traditionally married couple. This will be felt in no place other than social security, where same-sex couples were not able to collect the way that traditionally married couples had been allowed to for years leading up to that.

Being able to claim social security as a married couple, for those who are in same-sex unions, is something that will be incredibly favorable financially speaking, due to how much of an impact those benefits can bring over the course of a lifetime. One study conducted by Financial Engines pointed out that same-sex couples would theoretically be eligible for up to $343,000 in benefits throughout the rest of their lifetime, should they take advantage of the benefits that exist out there for traditionally married couples.

However, even those who are ex’s of spouses, and those who have survived their spouses, who were previously not given the opportunity to collect on those benefits under those circumstances. Stephen Stellhorn, the president and CEO of MSM Capital Management points out though that there is a lot more to be won here for these Americans looking to continue becoming equal on the marriage stage.

He said of the decision and the pending benefits that same-sex couples that, “The rules of Social Security and the benefits it provides will apply to both spouses as well as any children they may have. And not understanding the basics of Social Security could cause you to leave thousands of dollars on the table over your lifetime.”

As far as social security is concerned, many experts believe that same-sex couples could gain as much as 25% in benefits over the course of their lifetime after they turn 62, and are eligible to begin collecting social security. While that might not seem like a lot to some, that is significant to those who are looking for that particular type of benefit. To talk about marriage equality though, solely in the regard of financial gain is really minimizing what has become the biggest social win since ending segregation here in the U.S.

This news comes as ResearchKit is exploring an iPhone app that will better track the health trends of the LGBT community, which will have a significant impact on the overall life of those who are heading into various portions of their life. It will also serve as the largest study ever conducted on this group of people, which has historically remained forgotten in terms of their individual health needs. This study should significantly correct an otherwise badly setup system to this point. 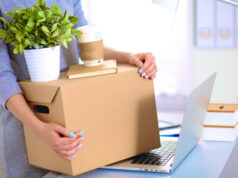