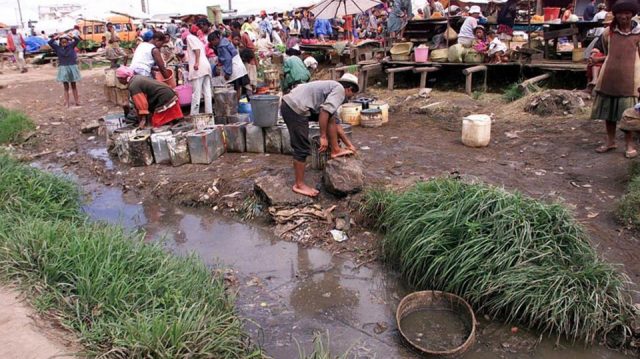 When a disease or illness gets the attention of the World Health Organization, which is oftentimes the point at which people start really taking notice of the disease. To date, there have been 119 confirmed cases of the bacterial infection in Madagascar, which have left 40 individuals dead.

“There is now risk of a rapid spread of the disease due to the city’s high population density and the weakness of the healthcare system,” the World Health Organization said in a statement, which read like a warning – rather than strictly a formality. Fleas, rodents, and infected humans are the individuals who would be passing the disease from one individual to another, and the officials in the region have warned that while too much worry should not be placed on the issue yet, it still remains something that the local officials, as well as global health leaders are concerned about fixing.

The bacterial plague itself isn’t deadly, in most cases, until it reaches the lungs. Unfortunately, it is at that time at which the individual develops pneumonic plague, which is contagious. The World Health Organization noted that this is “one of the most deadly infectious diseases.”

However, some reassuring facts of the case are noting things like that just 2% of the total reported plague cases were the extreme and more problematic pneumonic plague, which is found in the lungs and easily transmittable. That’s why local officials aren’t restricting travel or trade at the moment, and it doesn’t appear as though anything severe like that will be happening in the near future.

Collectively, the globe is a lot more cautious about infectious diseases as much of the developed world has spent several months battling the Ebola Virus, and attempting to keep that in check while still trying to conduct normal business. While this doesn’t appear to be nearly as extreme as the Ebola Virus, for many, this is just another case of extreme diseases and illnesses that can easily spread from person-to-person, and spread from country-to-country with the amount of travel and global trade that takes place on a daily basis.