The pot industry has hit a roadblock. Perhaps one of the most interesting and simultaneously frustrating topics for those within the pot industry has been the lack of banking options offered throughout the U.S. Even as pot was legalized for recreational purposes in states like Colorado, banking options are few and far between, causing serious concern amongst business owners who are moving as much as $500,000 per month.

However, a closer look at the problem reveals that an outdated federal banking regulation is the culprit. In order for a bank to gain entrance into the federal system that allows them to be insured and protected like other banking institutions, they must gain approval from a federal body. That body is the Federal Reserve, and the Fourth Corner Federal Credit Union was seeking a master account, which would make them a legitimate bank.

The Fourth Corner Federal Credit Union was created because those who were operating legitimate, tax paying businesses were having difficulty keeping, or opening a checking account, obtaining a mortgage, or even gaining a line of credit. The problem, according to the Federal Reserve, is that while states have individually approved recreational marijuana sales – it is still against federal regulation to actually trade money within a banking system that comes from drug sales.

To make matters worse for those businesses they are left using unconventional methods for working through the system. They cannot write a check to pay a bill, or pay a vender. Even simple tasks like this have to be executed using strictly cash, and as officials have pointed out – the smallest of transactions are considered “money laundering” under federal guidelines. The reality is that now businesses are being forced to use unofficial means for storing money, transporting large quantities of cash by means that are anything but secure, and leaving individuals open to be robbed at any turn.

This is a problem that has to be addressed. At this point, proponents of the federal change, which would be required to truly reform the situation say that it is up to lawmakers and federal judges to act. In the case of Fourth Corner Federal Credit Union, it is hypocritical business like this that destroys legitimate business, and in this case, it is a business that is growing at a monstrous rate. 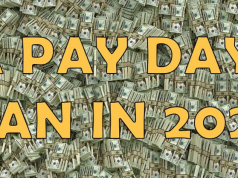 Is there still a need for the payday loan in the 2020s?

Key Strategies for taking your Business to the next level