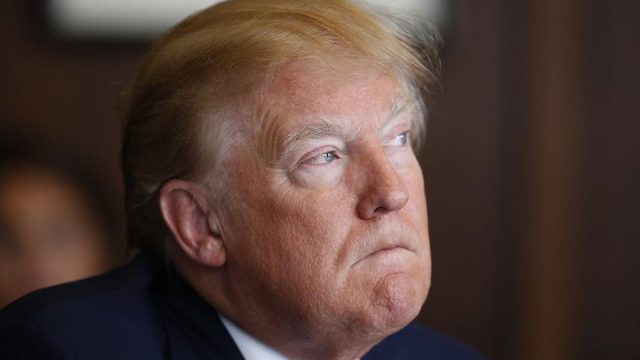 Donald Trump has officially been fired. That has been happening a lot lately to the entertainer billionaire, turned political antagonist, as he battles for the Republican nomination this time around in the Presidential Election. However, the Huffington Post has decided that unless there is a matter of “substance” involved, his campaign will be filed away in the entertainment section, next to the Kardashians and other assorted starlets.

While the move has drawn heavy support from a vast majority of the population, there is and will continue to be, a part of the population that feels he is once again being dismissed before he has the opportunity to take on the job he is campaigning for. It should seem like a long shot at this point for Donald Trump to actually win the White House. He simply isn’t a politician, and that isn’t something that can be debated.

Trump himself has stated numerous times that he is a businessman, not a politician. The Huffington Post’s move is definitely a risky one. While they’re certainly large enough to handle any heat that might follow the decision, it is a risky move to make given that the point of our political system is to embrace anyone as a legitimate candidate. There is though, as they, and others have made clear, a good reason why he has not been considered a legitimate candidate.

The Huffington Post referred to his campaign as a “side show,” and many have pointed out that it would do more harm to the Republican Party than good with him in the race. So perhaps, a move from Donald Trump coverage would be good for the Huffington Post, as well as the rest of the Free World, as long as it’s done so with a little bit of dignity. His policies might be outlandish, but more than simply having some outlandish stances on various issues, and some views that are downright insulting to a vast majority of our public – he should at least be shown the dignity of being what he is.

He’s a person, with a lot of money, running for President of the United States, who doesn’t actually have any experience running anything other than a business. While that might mean something to some people, and his ridiculous stances on various issues might impress a very small group of voters – a vast majority of his policy outline, is nothing more than loud and expensive banter.

Covering him less isn’t going to make him go away. While some people might want to forget about him as a candidate, this is something that can’t really be pushed away – if he does continue sitting atop polls as he is right now in some. It is more than a year before the general election, and we’re still a year from even making a decision about a Republican Party candidate, so it is far too early to start speculating about his status at that point.