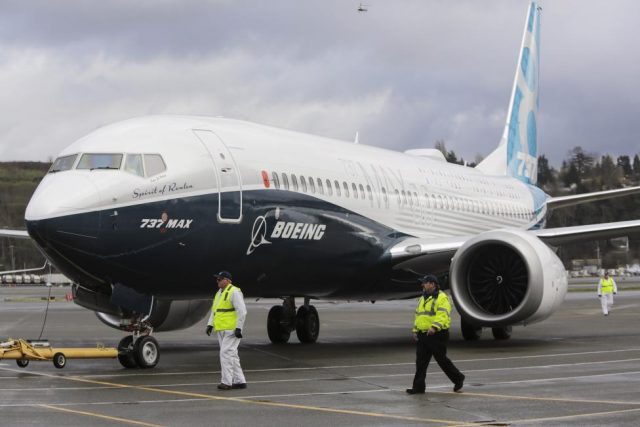 Finally, Boeing 737-8 MAX has taken to the skies for its first flight which will be followed by a series of validation flight tests which will run for a year before the latest bird from the aeronautics giant will start its commercial stint at the beginning of 2017.

It will be the fourth generation of the aircraft and will be locking horns with the Airbus A320neo family aircraft in an ongoing battle to dominate the global narrow-body market segment. The aircraft was introduced last December when it underwent pre-flight preparations including taxi tests which were completed yesterday.

The media was keeping a close eye on the flight with an array of resources at its disposal like the Flightaware to Flightradar24 and watched every aspect of the flight.

Four Boeing 737-8 MAX aircraft are to be used to validate and certify the program with the Federal Aviation Administration. As per the information given by Boeing’s chief project engineer Micheal Teal, the tests will conclude by the end of this year.

The craft was named ‘Spirit of Renton’ and flew for 2 hrs and 47 minutes under the sign call BOE1 and had landed on the Boeing Field’s runway 13 at 12:35 p.m.

The Boeing 737-8 MAX is powered by the CFM LEAP-1B engines. According to Boeing, the new engines will have increased efficiency to the tune of 15% as compared to its present family of 737 NG or the 737 Next Generation. The engine has to comply with strict sound regulations and at the same time maintain impeccable records of safety and reliability as well as low operational costs as its predecessor, the CFM56 engine family.

Boeing has already notched up pre-orders of at 2,827 aircraft, spanning more than 40 customers.The biggest orders come from Indonesia’s Lion Air, which has ordered 201 MAX 9 aircraft. It is closely followed by Southwest Airlines with 200 MAX 8 and American Airlines as well as Norwegian Air Shuttle with 100 MAX 8 each.