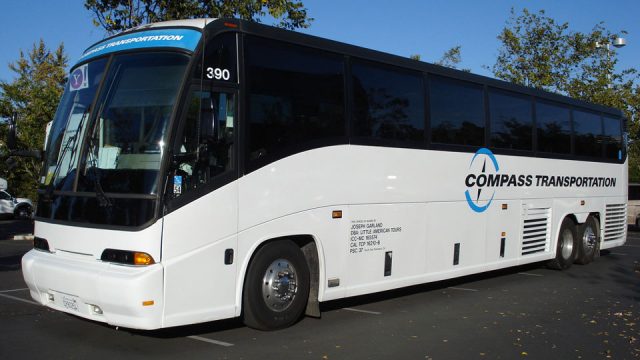 Compass Transportation, the company which connects San Francisco and the Silicon Valley have voted to unionize and join the Teamsters Union. This is the shuttle bus service which takes care of the five of the largest tech companies in the Silicon Valley, so this is a move and vote that is incredibly important. The bus service employees are hoping that with the connection, and the new representation that they will be able to gain better benefits, including an increase is wages – should that be warranted. The vote broke down 104-38 in favor of unionizing, which was a convincing victory in a vote that was anything but certain. The drivers who unionized are the current drivers for Yahoo, Apple, Genentech, eBay and Zynga. Collectively they make up a significant chunk of manpower to those companies, and are employed by Compass Transportation. The goal of unionizing is to simply gain and keep some of the employment basics. They want to increase wages, add healthcare to the mix, and develop a plan that involves paid time off, and sick time as well. None of the things that the unionized members are now going after are unreasonable things, but the unionization itself is the thing that might actually cause some friction at first.

However, one Compass driver pointed out that it wasn’t just about the wages that they would be fighting for over time, but rather the “about having better working conditions.” Another very reasonable expectation for anyone who is working in that type of environment. The news of the drivers unionizing also makes waves due to the fact that the individuals that they primarily transport to work are significantly better off financially. The brainpower and manpower that is brought to work through this system – each day – for some of the largest tech companies in the country and world – are in significantly different places financially than those who do the driving.

Collectively the team members said that the decision was one that left them feeling optimistic about the future, and being filled with hope that previously was not there. This is one step, but it’s a big step, and one that will clearly be talked about for years to come.