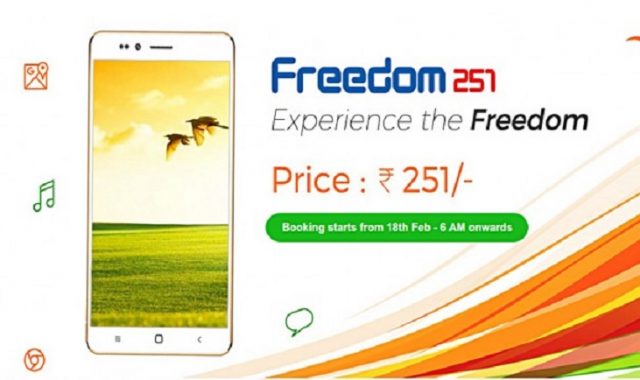 Most affordable Smartphone at Just Rs. 251!

Not many know about Ringing-Bells Pvt Ltd. a Noida-based company who is all set for launching the most affordable smartphone of India on Wednesday evening. We all might have read the following things about the Freedom 251 smartphone!

·         Earlier, the company had announced that the price of Freedom 251 would be less than Rs.500, but now we confirm that its price is Rs.251, which makes it the most affordable one in the world.

The booking can be done at http://www.freedom251.com/.

·         The most affordable smartphone would be unveiled on Wednesday evening at Delhi in an event. Dr. Murli Manohar Joshi, MP would preside the event and Sri. Manohar Parrikar, the Union Defence Minister, would be the Chief Guest.

·         The company says that the government has immensely supported the development of this Freedom 251 smartphone and is considered to be a success story from the ‘Make In India’ scheme of Modi.

·         Since this smartphone is priced at just Rs.251, it would contribute significantly to connect all Indians. It supports the ‘Digital India’ vision.