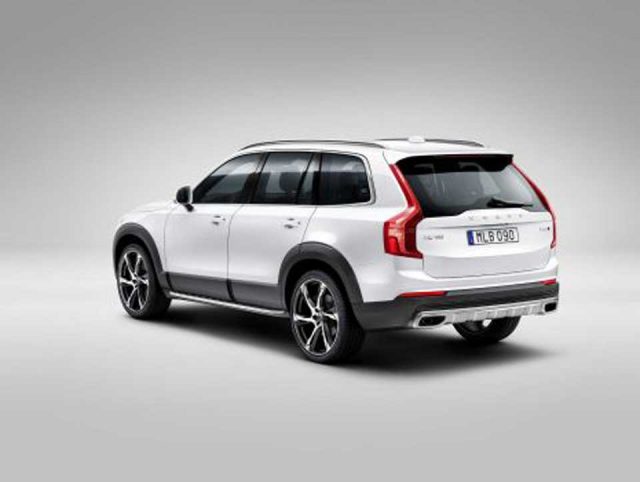 Volvo made some bold steps when it came to the XC90 luxury SUV. Previously, the vehicle was one that was seen as widely inefficient and something that would leave many other vehicles better options. However, the Scandinavian automaker decided that they were no longer going to be sitting quietly in the background, and added a ton of efficiency to their vehicle, to make it more powerful, give it better gas mileage, and make it more appealing to the average consumer. For those who are interested in the 2016 Volvo XC90, there is a lot to get excited about with update.

The goal of this year’s XC90 was to completely reinvent what was at one time the best luxury SUV in Europe. Since the vehicles birth in 2002, it has seen a long and tumultuous road in getting to where it is today. That being said though, this year’s XC90 did well to change what people had previously thought about the SUV that lost its luxury and lost it’s cutting edge. After all, an SUV of this stature has to do more than just seat seven comfortably. Under the hood the Volvo XC90 got a solid update. The traditional V6 and V8 options were thrown out, and the automaker went back to the drawing board to make it what it should be. Interestingly, Volvo utilized exclusive technology, like Scalable Product Architecture, to ensure that the SUV would land all of its punches against the competition. Instead of those massive gas-guzzling engines though, Volvo went with smaller, more fuel efficient options. The XC90 will come in T6 and T8 models, which will become the standard for all Volvo cars that come in this family. Even as a hybrid will be coming in future years, the improved efficiency will mean that drivers will feel completely in tune with an SUV that will deliver in every way imaginable. As we already pointed out, Volvo is doing away with the V6 and V8 options and going with an I4 or inline four-cylinder. The motor will be supercharged, and it will have an output of around 316-horsepower. This is an impressive figure for a vehicle with such a small engine. However, the improved build will only amplify the power that Volvo is ensuring is inside this vehicle. For example, Volvo is utilizing a greater amount of aluminum to cut down on the overall weight of the SUV. That’s a statement for a vehicle that previously was one of the heaviest in its class. Now though, the 2-liter, four-cylinder engine will have the output that can push an SUV that consumers will want.

The cost is one thing that is still coming in at the high end of the spectrum in terms of luxury SUV’s. While it’s not an outrageous price tag, Volvo believes that at $48,000 this vehicle will move very well here in the United States. Volvo is quick to point out that their latest luxury SUV is, “well-appointed, without compromise, and represents a powerful, forward-looking direction for the brand as it combines Volvo’s new design language, the latest safety and in-car connectivity technologies, and award-winning Drive-E powertrains.” It’s also something, which according to the corporate team, will win in America, and was built on that very foundation.