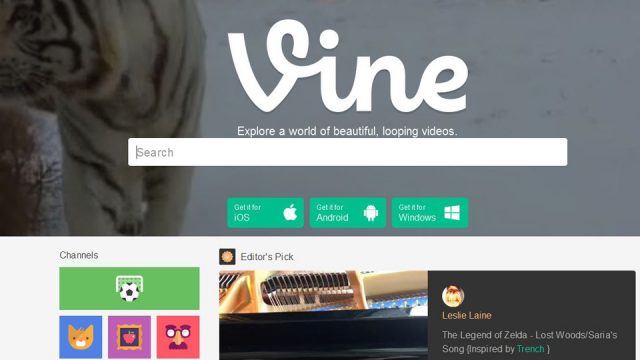 Short-video website Vine updated its interface today with an improved design, a better Activity area, and what will surely become a beloved feature, Loop Counts.

Vine allows users to upload video clips that are six seconds in duration and play repeatedly. Just like YouTube, Instagram, Facebook, or other popular sites with video capabilities, users can see the view count on their clip, track how many likes it received, see who shared it (called re-Vining), and read and reply to comments.

This new feature will allow users to track their clip’s popularity. Another interesting feature that users will notice upon logging onto Vine is bigger video windows. Beyond that, the Activity feed, similar to Instagram, will let users track their new followers and get notifications such as when someone else in their social media circle signs up on Vine.

Vine itself made a post about the update on its blog. “With this update, there’s now a new way for you to quickly get a sense of how popular and interesting a Vine may be – based on how many times people watch a Vine loop. The number, which you can see on our mobile apps and on vine.co, updates in real time, so as you watch a video, you’ll know you’re watching with others at the same time,” the post read.

Those that own Android or iOS devices can update their Vine app today. This is the first update since April 2014, in which Vine updated to 2.0. Vine is available for free download through Apple.