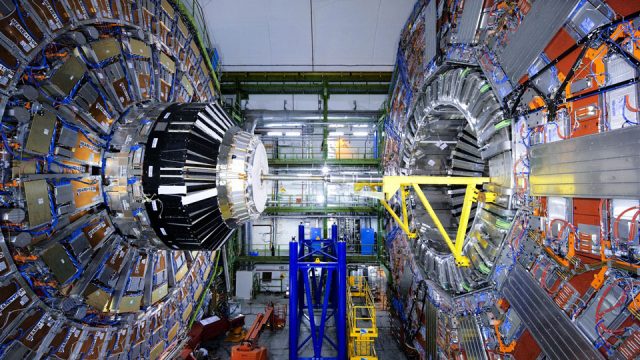 After a break of two years, the Large Hadron Collider is preparing to begin it operations again. Reports suggest that the rebooted machine will be smashing protons together at much higher energies.

Before the beginning of the actual collisions, proton beams need to travel safely around their 27 km circumference both clockwise and anticlockwise. It was expected that those full laps will begin by the end of this week. However, due to some unavoidable circumstances, the plan has been changed.

Cern, the research organization operating the LHC, informed that an intermittent short circuit detected on Saturday is responsible for the delay. The short circuit damaged a powerful magnet assigned for making protons run around the system. The LHC has many such magnets; according to information provided by Cern, the damage has occurred in a magnet in “sector 3-4” of the machine.

The adjacent sector i.e. sector 4-5 is the area responsible for triggering another extremely action-packed false start in 2008; it was the time when the LHC first began operations. As a result, the sector 4-5 is already behind all other magnets in the training process.

Short circuit, according to experts, is an extremely serious issue and can delay the reboot by days or even weeks. Cern described this short circuit as a well understood problem, but informed that as the magnets in the machine have been cooled to reach a temperature of -273°C or absolute zero, the fixing process will be a time-consuming one.

According to the organization, if the engineers need to warm the damaged magnet up and then re-cool it, the delay might stretch up to several weeks.

Frederick Bordry, the director of the accelerator department at Cern, said that all cryogenic machines play the role of time amplifiers; he added that as a result, a repair work that takes just a few hours in warm machines often end up taking weeks in machines like the LHC.

Experts at Cern are claiming that they were always pretty flexible about the timing of the restart. They are emphasizing that planning for Run Two is still going on strongly. According to Rolf Heuer, the director general of Cern, he and his team are confident about a successful Run Two.