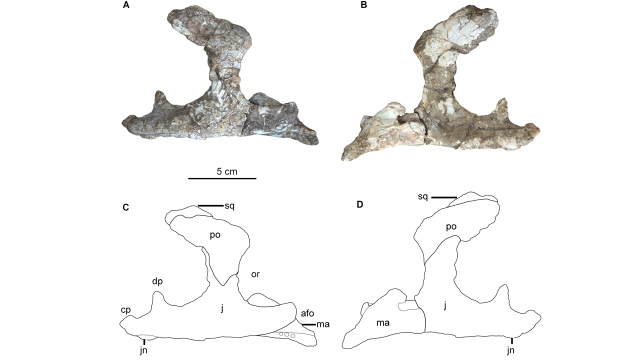 Triceratops is particularly known for its three-horned structure. However, this is not the only kind of dinosaur in the Ceratopsian group. The group also consists of animals boasting different appearances from that of the triceratops.

In a study published recently in the journal PLOS One, scientists have described a newly identified plant-eating dinosaur species known as Hualianceratops wucaiwanensis. The ancient creature possesses a one-of-its-kind ornamental structure on its skull and is significantly smaller compared to the more widely known Triceratops.

Scientists are saying that the anatomy of Hualianceratops is suggesting that the animal was actually an early horned dino; however, it didn’t possess any horn. This is however not the first time that researchers have come to know about horned dinosaurs that didn’t sport any horn. Prior to this, they have found such qualities in the dino type called Yinlong downsi, the oldest member belonging to the family of horned dinos.

The Hualianceratops, according to the scientists, existed during the same time as Yinlong downsi. The most prominent differences between the two dino types are: the former is slightly chunkier and shorter than the latter. What’s more, both these ceratops species were found in the same fossil bed in Xinjiang Province, China.

Another notable feature of the Hualianceratops is that they used to stand on their hind legs. As mentioned above, this newly discovered dino species was smaller than the triceratops. To be more precise, it used to be almost as small as a cocker spaniel.

Fenglu Han, a researcher representing the China University of Geosciences and the lead author of the study, along with his colleagues succeeded in reconstructing the creature’s body type based on its foot and skull fossils found in China.

The unearthing of this new dino species serve as an evidence of the fact that the horned dinosaurs of the Late Jurassic era were more diverse than originally thought.

Catherin Forster, a researcher representing George Washington’s Geological Sciences Program and one of the authors of the study, said that discovering two dino species in the same fossil bed stands as the testimony of the fact that dinos belonging to this group possess more diversity than they used to believe.