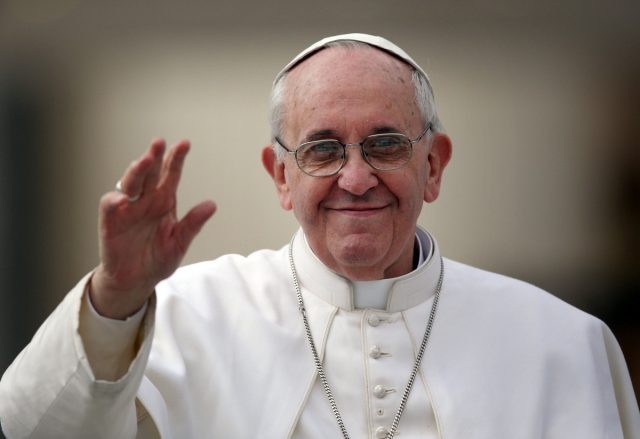 In his first visit to South Korea, but the third papal visit to Asia since 1999, Pope Francis is visiting South Korea on a 5-day trip to celebrate with youths and boost youths growth and faith in the Catholic Church. The pope arrived South Korea yesterday Thursday but will be holding Mass today Friday at the Daejeon Stadium, which has a capacity for 50,000 people. Thousands of Catholic faithfuls have turned out to celebrate and meet with the revered pope, and it is expected that his visit will heal war wounds in Korea.

Pope Francis’ visit coincides with South Korea’s independence and 69th anniversary after the end of WW II. To further deepen his passion with the people, the pope will later today visit a shrine in Solmoe where the first Korean priest and martyr, St. Andrew Kim Taegon, gave his life for his faith, to hold a meeting with Asian youths.

Before leaving on Monday, Pope Francis is also expected to preside over the beatification of 124 Korean martyrs in the 18th and 19th century.

The pope’s beatification will go a long way to pacify tensions and ease the sufferings of millions of Christians facing persecution in Korea and throughout Asia, and to drive home this point, the pope dispatched a letter to Ban-ki Moon, the UN Secretary-General, to stop the sufferings and persecutions in Christian minorities in Iraq, and even dispatched an envoy to deliver humanitarian aids to suffering minority Christians in northern Irag and the Middle East.