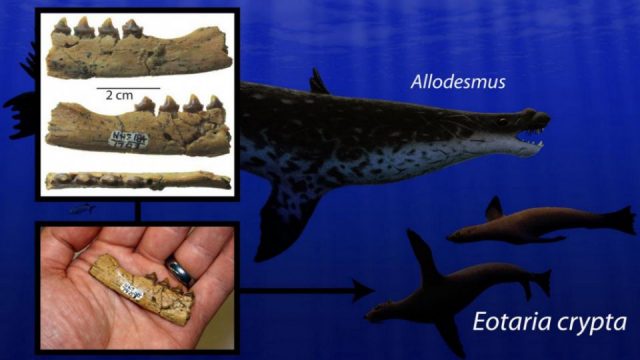 Fur seals have historically been one of the most curious species in the world. Up until recently there was more than a 500 million year gap in the evolution of a fur seal. However, thanks to a student in California, who took it upon himself to browse massive fossil collections in a paleontological center located in California – that is all up to change. In fact, his discovery might have gone a very long way to erasing that gap entirely. Robert Boessenecker was the PhD student who made the discovery that a fossil that was original discovered in the early 80’s was actually a fur seal. Previously, it was thought that this fur seal was a walrus fossil, but new evidence, and apparently a new set of eyes – was enough to completely flip that theory upside down, and give the fur seal and entirely new historic outlook.

The fossil was a partial jaw, and teeth that were surprisingly well-preserved. Something the student didn’t really expect to find. Originally, it was found in Southern California, and aged at roughly 15 to 17 million years old, but that was not the truly inspiring fact to come from the entire operation.  The age is one thing, but how well it was preserved was impressive – it was actually a pretty significant miscalculation when it was originally discovered. While the individuals who first looked at the remains thought that it was a walrus – Boessenecker was certain that this was not the case. Instead, he found, the remains belonged to a much smaller, and much older breed – the fur seal.

“This was very exciting as fur seals and sea lions – the family Otariidae – have a limited fossil record that, up until now, extended back to about 10-12 million years ago,” he said in a statement. The news was both welcomed and a surprise – as this was not the discovery that was expected to be made. However, it’s a welcomed one that will truly give all parties involved – as well as the fur seal a more definite past, and more definitive future. This will undoubtedly lead to more studies and more information that can eventually be used to fill in the gaps that remain in the seal family.