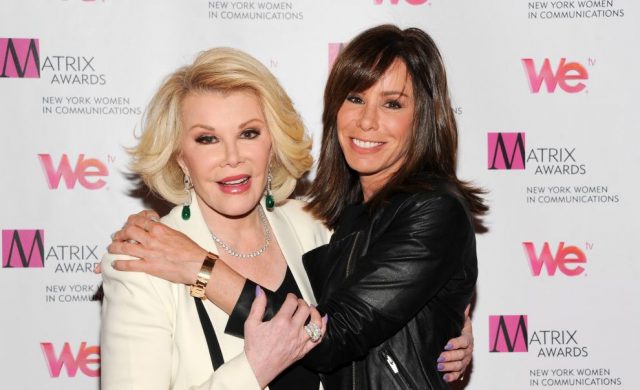 “My mother has been moved out of intensive care and into a private room where she is being kept comfortable. Thank you for your continued support,” said Melissa Rivers, the daughter of Joan Rivers. The family said on Sunday about Joan Rivers that “we’re keeping our fingers crossed,” referring to optimism surrounding her recovery.

Life support is often used at times to help “jolt” individuals and get them to a place where they are awake and breathing on their own, so Joan Rivers may very well be off of the temporary breathing support because her condition has improved. At the same time, however, it could also be the case that Melissa Rivers does not want her mother, Joan Rivers, in a life support setting because of the publicity surrounding her having fallen ill.

At some point, Melissa Rivers may have to make a decision surrounding whether or not to maintain her mother on life support or end her life because she is in an unrecoverable state. A closed source told ET that Melissa is confident about her mother’s recovery and believes Joan will come out of this.

Joan Rivers, 81 years old, went into cardiac and respiratory arrest while having surgery on her vocal cords nearly six days ago. Rivers has served as an actress, comedian, and host of the YouTube show “In Bed With Joan.” Her talk show, “The Joan Rivers Show,” won a DayTime Emmy for Outstanding Talk Show Host.